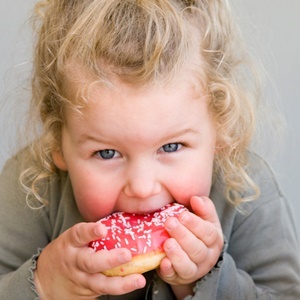 This World Obesity Day experts warn of an emerging epidemic among our nation’s children. But why is it that girls, especially those living in urban areas, have obesity rates that double their age group’s average?

Almost 15 percent of South African primary school children are overweight, according to the latest data from the South African Health and Nutrition Examination Survey. But girls living in urban areas have more than double that rate – 30 percent have more body fat than is deemed healthy.

“We know that girls are generally heavier than boys and that in conjunction with the rise in weight there have been escalating rates of certain chronic diseases in childhood – particularly diabetes,” said Professor David Sanders, from the University of the Western Cape.

He said, women generally have a higher body fat percentage than men but that cannot fully explain the stark differences in obesity prevalence between genders.

One proposed reason is the different levels of physical activity between girls and boys in the South African context. A study conducted by North West University researchers among almost 300 adolescents between 2010 and 2014 found that boys performed much better in all four fitness tests used to assess the children.

They also found that more girls (19 percent) than boys (16 percent) watched television for over three hours a day, and were generally less active.

In the study, 17 percent of the girls were overweight but for boys the figure was only eight percent.

'Time to act is now'

According to the Heart and Stroke Foundation South Africa (HSFSA), recent research has shown that girls who were obese between the ages of four and six years were 42 times more likely to be obese as teenagers compared to their normal-weight peers.

Professor Ian Caterson from the WOF urged governments to act: “Introducing tough regulations to protect children from the marketing of unhealthy food, ensuring schools promote healthy eating and physical activity, strengthening planning and building rules to provide safe neighbourhoods, and monitoring the impact of these policies.”

According to HSFSA, “Clearly interventions should already be addressed at infants and toddlers” and “The time to act is now”. – Health-e News

Overweight linked to even more kinds of cancer

How genetics may influence type 2 diabetes and obesity

We live in a world where facts and fiction get blurred
In times of uncertainty you need journalism you can trust. For only R75 per month, you have access to a world of in-depth analyses, investigative journalism, top opinions and a range of features. Journalism strengthens democracy. Invest in the future today.
Subscribe to News24
Related Links
Children of stressed parents may be prone to obesity
Obese toddler becomes youngest ever person to be diagnosed as type 2 diabetic
Combat childhood obesity
Next on Health24
Five nutrition mistakes you make when you start exercising