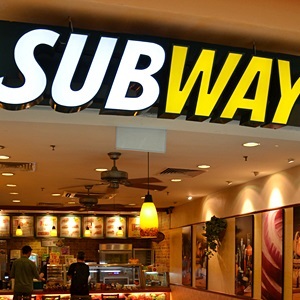 US fast-food chain Subway is investigating media reports in China that workers at an outlet in Beijing doctored food labels and used produce beyond its expiry date, a Shanghai-based spokesperson for the firm said on Monday.

Chinese media reports that started circulating on Friday said workers at a Beijing outlet for Subway, which operates globally as a franchise business, changed expiry and production dates on meat, drink and vegetable produce to extend their use.

"Our headquarters here is now investigating the matter," a Subway spokesperson said. She said the firm had not reached any conclusions. "We want to investigate what caused the labelling issue and whether or not it was the action of a single franchised outlet."

The issue highlights the difficulty firms have to control food quality and safety in supply chains and outlets in China, which can cause serious headaches with regulators and hit sales.

Earlier this year, a China-based food supplier to McDonald's and Yum Brands was caught up in a scandal over workers allegedly tampering with expiry dates, which pummelled China sales at the fast-food chains.

Read: How is KFC's food prepared?

The Subway spokesperson said the firm sent teams to inspect its franchises around the country each month and that it gave staff training on food safety and handling produce.

The Beijing food regulator had also launched an investigation, she added.

Food safety scandals in China are all too common, including recycled "gutter oil" for cooking, donkey meat products tainted with fox and one in 2008 involving tainted dairy products that led to the deaths of at least six infants.

Subway, part of Doctor's Associate, has close to 500 outlets in China, according to its official website.

We live in a world where facts and fiction get blurred
In times of uncertainty you need journalism you can trust. For only R75 per month, you have access to a world of in-depth analyses, investigative journalism, top opinions and a range of features. Journalism strengthens democracy. Invest in the future today.
Subscribe to News24
Related Links
How is KFC's food prepared?
What's actually in McDonalds' chicken McNuggets?
What you're really eating when you order fried chicken
Next on Health24
Five nutrition mistakes you make when you start exercising