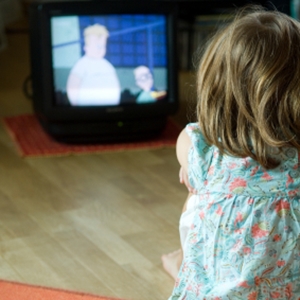 iStock
The nutritional value of food and drinks advertised on children’s television programmes is worse than food shown in ads during general air time, according to University of Illinois at Chicago researchers.

The study is published in the December issue of the journal Childhood Obesity.

Using Nielsen TV ratings data from 2009, UIC researchers examined children’s exposure to food and beverage ads seen on all both adult and children’s programming. It also looked at the nutritional content of ads on children’s shows with a child-audience share of 35% or greater, the first study to do so.

The researchers assessed the nutritional content of products advertised cereals, sweets, snacks, beverages and other foods and whether they fit the proposed voluntary nutrition guidelines recommended by the Interagency Working Group on Food Marketed to Children.

The proposed federal guidelines, a joint effort of the Federal Trade Commission, the Food and Drug Administration, the Centres for Disease Control and Prevention and the US Department of Agriculture, would limit saturated fat, trans fat, added sugars and sodium, due to their potential negative effects on health or body weight.

The study also noted which ads were from food companies that pledged to promote healthier products to children or to refrain from targeting children in their advertising, under the Children’s Food and Beverage Advertising Initiative. CFBAI began in 2006 and currently includes 16 companies that signed on, but also set their own nutritional criteria for foods advertised to children.

“We found that less than half of children’s exposure to ads for food and beverage products comes from children’s programming, meaning that a significant portion of exposure is not subject to self-regulation,” said Lisa Powell, professor of health policy and administration in the UIC School of Public Health and lead author of the study.

Nearly all CFBAI ads seen on children’s programming failed to meet recommended federal nutrition principles; more than 97% were for products high in fats, sugars and sodium.

While many foods made by CFBAI companies meet federal nutrition guidelines, the study suggests that the companies choose to market less-nutritional products to children more heavily.

“The self-regulatory effort has been ineffective so far,” Powell said.

The CFBAI has proposed new, uniform nutrition criteria for member companies beginning to replace the varying nutrition standards set by each company currently.

The new study serves as a benchmark to determine if the new, common CFBAI nutrition criteria will improve the content of products marketed to children, said Powell, who also serves as associate director of UIC’s Health Policy Centre of the Institute for Health Research and Policy.

Co-authors are Rebecca Schermbeck and Frank Chaloupka of UIC.  The study was supported by grants from the US Centres for Disease Control and Prevention (award 11IPA1102973), the National Cancer Institute (award R01CA138456) and the Robert Wood Johnson Foundation through the Bridging the Gap program.

We live in a world where facts and fiction get blurred
In times of uncertainty you need journalism you can trust. For only R75 per month, you have access to a world of in-depth analyses, investigative journalism, top opinions and a range of features. Journalism strengthens democracy. Invest in the future today.
Subscribe to News24
Related Links
Celebrity food endorsements influence kids
Next on Health24
Five nutrition mistakes you make when you start exercising