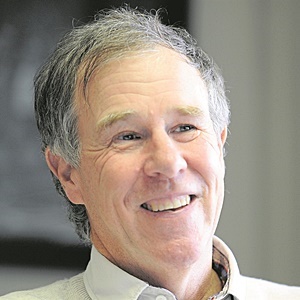 What started out as a tweet of less than 140 characters is being transformed into an avalanche of words.

Professor Tim Noakes, with the help of journalist Marika Sboros, is penning a book based on the scientist’s hearing by the Health Professions Council of South Africa (HPCSA), which last month found him not guilty of unprofessional conduct.

“I have almost completed the book describing the trial – how and why it came about and how it ended. This should be published by the end of the year,” Prof Noakes told Health24.

The University of Cape Town emeritus professor will then start working on another book for specialists explaining exactly what the Banting diet is and why it works and all the evidence behind it.

“It will be an extension of the scientific material I presented in the trial.”

Health24 broke the news in 2015 that Prof Noakes, who maintains that a diet high in fat is actually far healthier than we’ve all been led to believe, would face an inquiry over an accusation of giving unconventional advice on social media in 2014. This related to a tweet in which a breastfeeding mother wanted to know if the Banting lifestyle was appropriate for her baby.

Without giving a definite answer, Prof Noakes stated that it was key to wean her baby onto low-carbohydrate, high-fat (LCHF) foods, which he described as "real foods".

Claire Julsing-Strydom, the then president of the Association for Dietetics in South Africa (ADSA) described Prof Noakes’ tweet as “potentially life-threatening” and turned to the HPSCA to rein in the registered medical practitioner, who has not practiced clinically since 2000.

The hearing was originally set to take place over two days but it was stretched out over 18 months. Although the HPCSA's preliminary professional conduct committee initially convened in June 2015, the hearing officially started in November and was concluded in April 2017.

Delivering the verdict, chair of the committee, advocate Joan Adams, noted that her team was tasked with a rather unique set of facts and circumstances.

On hearing that the committee had ruled four to one in his favour, Prof Noakes who was wearing a black suit, white shirt and green stripped tie, momentarily held his head in his hands. He told Health24 what went through his mind at that instant.

“I was just so relieved that finally the battle was over and we had won. I held my head in my hands as I thought I might cry but after a single sob, the elation began.”

Prof Noakes said the spontaneous and prolonged applause at the completion of the reading of the verdict was an indication of what was in store for him.

“I have been inundated with emails, SMSes and Twitter messages unlike anything I have ever experienced before. The number of Tweets on my Twitter page also increased massively. Many of these Tweets are from all over the world indicating that this ruling has had a global impact.”

Prof Noakes, who now has 87 531 followers on Twitter, said the number of people following his account quadrupled to about 160 a day for the duration of his hearing.

He added that the outcome of the hearing has left him not only “elated” but also “10 years younger”, exclaiming that the range of people who have congratulated him has been “remarkable”.

“From top politicians, academics and scientists and famous sportsmen and women; from Oliver, the gentleman who fills my car with petrol who rushed over and said: ‘Prof, I’m so glad you won. But I always told you you would’; to the roadside vendor of The Big Issue who said essentially the same thing. It seems that the verdict has touched many South Africans and has echoed around the world.”

Commenting on the future, the LCHF proponent said The Noakes Foundation would continue to raise funding for researching the Banting diet.

“Last year we raised R6 million to fund a study of the mechanisms by which the Banting diet might put type 2 diabetes into remission. That study is currently beginning in Cape Town.”

Prof Noakes said the foundation will also be rolling out more interventions under their Eat Better South Africa campaign, including its first study of the medical effects of this intervention in poorer South African communities.

“The goal is to show that it is possible to eat a Banting diet on R30 a day. Our original interventions show that the poorest South Africans eat the worst possible diet but when they start to Bant, the health benefits are quite extraordinary. We wish to confirm this with formal scientific studies.”

Although the committee didn’t venture into pronouncing on the LCHF diet, Adams pointed out that it can’t be said that the testimony of Prof Noakes and his expert witnesses did not have logical basis.

Prof Noakes maintains that the Banting diet is safe and is evidence-based. “This is the diet we should all be on, from birth.”

Rejecting all any reference to the Banting eating approach being a fad diet, Prof Noakes said he is of the view that it is the original medical diet first described in 1862.

“It is also the only diet that might keep those of us with insulin resistance from developing obesity, type 2 diabetes, high blood pressure, fatty liver and abnormal blood lipid (fat) profiles.”

Following further research, Alzheimer’s disease, and perhaps some cancers too, could be added to the list, said Prof Noakes,

We live in a world where facts and fiction get blurred
In times of uncertainty you need journalism you can trust. For 14 free days, you can have access to a world of in-depth analyses, investigative journalism, top opinions and a range of features. Journalism strengthens democracy. Invest in the future today. Thereafter you will be billed R75 per month. You can cancel anytime and if you cancel within 14 days you won't be billed.
Subscribe to News24
Related Links
Tim and Marilyn Noakes: We are fighters who never quit
Crunch time for HPCSA over Noakes 'guilty' blunder
Noakes' 'real food' may not be kid friendly
Next on Health24
6 foods proven to help reduce stress levels