Should it be a crime to raise a baby on vegan food? 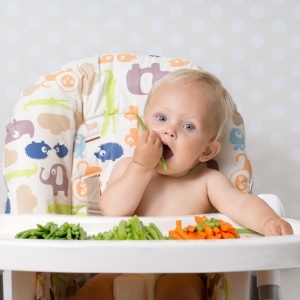 There's a right way and a wrong way to raise a baby on vegan food. Those who get it wrong, parents say, give the responsible ones a bad name.

A Pennsylvania mother claiming to be vegan was charged this month with child endangerment for feeding her baby nothing but small amounts of nuts and berries. In Italy, after a number of vegan babies required hospitalisation for malnourishment, a lawmaker this summer proposed a bill that would make it a crime to feed children under 16 a vegan diet.

Those cases are not about veganism at all, but are instead about neglect, say parents who are raising their children vegan. Pinning bad parenting on vegan diets, some say, unfairly stigmatises those who have done their homework and are safely raising their babies without feeding them animal products like meat and dairy.

"They stress the elements of veganism in these stories, but it's not that these people aren't giving their children the right kind of food, it's that they aren't feeding them," said Fulvia Serra, of Fort Collins, Colorado. The native of southern Italy is raising her 1-year-old son vegan, and her 12-year-old daughter is vegetarian.

"To get a child to the point of starvation, it means you are ignoring him and his crying all the time," she said. "It's neglect."

The American Academy of Paediatrics' book "Paediatric Nutrition" devotes a chapter to vegetarian and vegan diets. It describes how, with sound nutrition and dietary planning, "it is possible to provide a balanced diet to vegetarians and vegans."

"For children in general you can have a safe vegan diet, but it has to be in consultation with a paediatrician or health care provider," said Sheela Magge, an endocrinologist at the Children's National Health System and a member of the American Academy of Paediatrics' committee on nutrition . "These are critical times in brain development, and it has to be done carefully."

The ideal first food for babies is breast milk, Magge said. Many vegan moms opt to breastfeed, but for those who can't or don't, the only other option is a soy-based formula.

Key nutrients for babies are Vitamin B-12 and Vitamin D, as well as iron, zinc and calcium, Magge said. Getting enough B-12, which comes from milk and eggs, is a specific concern in the vegan diet, since a shortage can lead to neurological problems.

Read: Vitamins and minerals – which foods top the list?

As babies nurse less and start consuming more solid foods, parents need to make sure all the nutrients necessary for proper development are being provided. A paediatrician can help guide parents and offer supplements if needed.

In the Pennsylvania case, Elizabeth Hawk was charged with endangering her 11-month-old son by restricting him to a diet of small amounts of fruit and nuts. Hawk, 30, of Farmington, became "obsessed" with a vegan diet, prompting her estranged husband to contact Fayette County child welfare workers, according to a criminal complaint.

Doctors determined in August that the baby had developmental delays and couldn't crawl because he was malnourished, according to the complaint. The malnourishment also worsened a bad rash, the complaint said.

Stories of vegan parents being arrested for malnourished children pop up every few years in the US, and the cases in Italy have made international news.

In Arizona, Kimu Parker was arrested in April 2005 for nearly starving her three children with a diet she and the children's father called vegan. She was sentenced to 30 years in prison; the father, Blair Parker, got 15 years.

In Florida in 2005, Joseph and Lamoy Andressohn got probation for neglect in the death of their 6-month-old son, who was fed only wheat grass, coconut water and almond milk.

In Georgia, Jade Sanders and Lamont Thomas were sentenced to life in prison for the 2004 death of their 6-week-old son, who starved to death after they fed him a too-limited diet of soy milk and apple juice.

Suzanne Lewis, a high school biology teacher in Reno, Nevada, who is raising her 8-year-old son vegan, feels more scrutinised when she hears such stories.

"It makes me wonder if people are questioning me," she said. Vegan acquaintances have told her about being forwarded such articles from disapproving friends and family members, she said.

Reed Mangels is a nutritionist in Amherst, Massachusetts, who works with the Vegetarian Resource Group, a nonprofit education and advocacy group. She raised her two children, now 24 and 21, vegan. She said such news stories about malnourished children can be stressful for parents who have done their homework and have to defend themselves time and again.

"The problem is not the vegan part of the diet, but it's the inadequacy of the diet," she said of cases that make the news.

"Where on earth did they get the idea that this was a vegan diet?" she said.

Parents raising vegan kids need to be armed with facts, like being able to rattle off which foods and supplements are providing adequate vitamin B-12 and protein and where their kids are getting calcium. For those who would question the safety of raising vegan babies, her suggested response is: "The doctors say we are doing it right."

Israel, the promised land for vegans

We live in a world where facts and fiction get blurred
In times of uncertainty you need journalism you can trust. For only R75 per month, you have access to a world of in-depth analyses, investigative journalism, top opinions and a range of features. Journalism strengthens democracy. Invest in the future today.
Subscribe to News24
Related Links
Running the Comrades Marathon on a vegan diet
Are vegans unnatural beasts?
Can a vegan be really healthy?
Next on Health24
What you might be getting wrong about probiotics – and how fibre fits into the picture