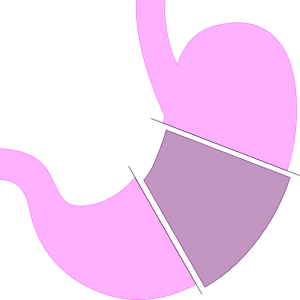 Last week we discussed obesity, particularly in children, and I mentioned the worrying obesity and overweight statistics among the South African population.

In addition to balanced slimming diets and physical exercise, bariatric surgery is a potential solution to gross obesity, which is defined as a BMI exceeding 35.

Bariatric surgery has made a lot of progress in recent years and has become a great deal more versatile and less invasive. It has even been suggested in countries like the UK that patients suffering from gross obesity should have their operations sponsored by the government.

South Africa has not yet reached that stage, and it is doubtful if our health system could afford to pay for individuals to have operations to bypass the stomach or other parts of the digestive system to reduce food and energy intake. Private facilities do, however, provide these procedures.

Bariatric surgery was originally developed to reduce excessive abdominal obesity and the absorption of fats in male patients suffering from raised blood fat levels in order to prevent heart attacks.

A study conducted by Dr Ian Douglas and his co-authors, in the UK provides encouraging evidence that these operations do reduce weight, and cause substantial improvements in diabetes and heart disease risk.

The purpose of the UK study was to investigate the association between bariatric surgery, weight, body mass index (BMI), and obesity-related risk factors related to diabetes and heart disease. In the current study, 3,882 patients who had undergone bariatric surgery provided by the British National Health Service (NHS), before 31 December 2014, were matched with 3,882 obese patients who did not have surgery.

The subjects and controls had various so-called comorbidities of obesity such as type 2 diabetes, hypertension, angina, myocardial infarction, stroke, fractures, obstructive sleep apnoea, and cancer which were followed up for up to 48 months.

The UK study showed that the bariatric patients lost weight rapidly for the first 4 months after their operations at the rate of nearly 5 kg per month. Slower weight loss was sustained to the end of the 4th year post-op.

The risk of diabetes in the group of patients that had undergone bariatric surgery was reduced by 68% compared to the control group.

Bariatric surgery had a protective effect against hypertension by reducing risk of developing high blood pressure by 35%. Angina was 59% less likely after bariatric surgery and its resultant weight loss.

Patients who had lost substantial weight thanks to bariatric surgery in this study, were 55% less likely to suffer from obstructive sleep apnoea than the morbidly obese control subjects.

The authors concluded: “Bariatric surgery as delivered in the UK healthcare system is associated with dramatic weight loss, sustained for at least 4 years after surgery. This weight loss is accompanied by substantial improvements in pre-existing type 2 diabetes mellitus and hypertension, was well as a reduced risk of incident type 2 diabetes mellitus, hypertension, angina, myocardial infarction, and obstructive sleep apnoea.”

Dr Douglas emphasised that obesity is one of the leading health problems throughout the world. The increase in obesity has also caused an explosion in type 2 diabetes in countries with western lifestyles and diets. In Britain, 35 million individuals suffer from type 2 diabetes.

The use of bariatric surgery for morbidly obese patients produced highly positive effects such as a 70% reduction in the likelihood that they would have a heart attack.

Morbidly obese patients with type 2 diabetes were 9 times more likely to achieve major improvements in their diabetic condition. Angina and obstructive sleep apnoea which can be very dangerous and is generally exhausting to patients and their partners, also occurred less frequently in the subjects who underwent bariatric surgery, compared to the control subjects.

Dr Douglas and his team, therefore, recommend that bariatric surgery should be made more widely available to patients suffering from morbid obesity. Hopefully one day this solution to morbid obesity will also become a reality for all South Africans in need of such an intervention.

Next week we will consider some of the potential problems that patients may have to cope with after bariatric surgery, particularly in relation to diet and food intake.

Morbid obesity – is surgery the only solution?