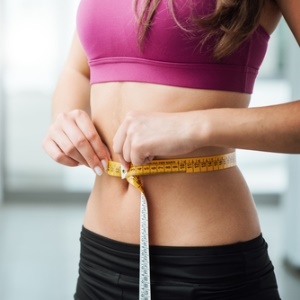 If you're exercising until you almost keel over, but aren't eating incorrectly, you're not going to get the results you want. Either you'll get tired soon, or you're simply not going to lose any weight.

And even if you're eating correctly, but you're doing no exercise, you're going to lose muscle, but no fat. Muscles help your body to burn fats more quickly, and the right foods must help to burn the fat.

This eating plan is aimed at helping you lose as much fat as possible. It will also help to increase your muscle mass (women will only look more toned, because women don't have enough testosterone in their bodies to turn them into muscled hulks), while you'll feel more energetic. Your body should never get the idea that it's being starved – this would mean that it will cling on to every fat cell with a vengeance.

This eating plans is based on the latest scientific and nutritional principles, and is designed to leave you with enough energy to exercise with ease.

How the Portion Eating Plan works:

You need approximately 44 essential nutrients in the right quantities. The Portion Eating Plan shows you exactly how many portions you should be eating of which kind of food.

The average person should eat the following daily portions:

The Meal Planner is not a menu. You can use the Meal Planner to put your own menu together. You may not eat more or less than what is indicated on the Meal Planner. It's best to eat two meals per day and two small snacks in between. You're not on a diet. Instead, you're merely learning new eating habits, explains dietician Amanda van Huyssteen.

Breakfast:
Eat: 2 portions of starch; 1 portion of protein or 1 portion of dairy
Example (put together your own menu from the portion list): 1 cup of cooked oats; half a cup of milk; artificial sweetener.

Lunch
Eat: 2 portions of carbohydrates; 1 - 2 portions of protein; free vegetables
Example: 2 slices of bread and tuna salad (half a cup of tuna and salad)

Mid-afternoon:
Eat: 1 - 2 portions of fruit
Example: Small bunch of grapes and a pear

Nutrition basics: a healthy balance
20 reasons to exercise
What is a portion?

We live in a world where facts and fiction get blurred
In times of uncertainty you need journalism you can trust. For only R75 per month, you have access to a world of in-depth analyses, investigative journalism, top opinions and a range of features. Journalism strengthens democracy. Invest in the future today.
Subscribe to News24
Related Links
Eat your breakfast
New mom? Weight-loss tips
Yoga encourages mindful eating
Next on Health24
Weight loss and timing of meals - does it matter?