The 8 common exercise mistakes you could be making 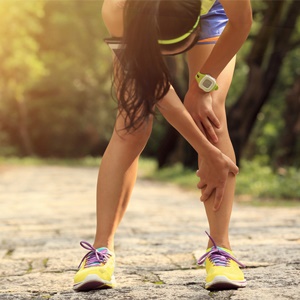 Is your poor form the reason behind your injuries?

Whether you’re a newbie to the world of fitness or have been exercising for many years, it’s so common to make mistakes when doing a particular move. Sometimes, mistakes can lead to injuries. Women’s Health spoke to Ettienne de Lange, Co-owner of Elite One Hundred Fitness and Personal Training Studio, about how to do the correct move for exercises, in order to get the most out of your workout.

Ettienne says, most people don’t take a wide enough step or stance when doing side lunges, thus limiting their Range of Motion (ROM). “ROM issues can be observed by the heels lifting from lack of ankle mobility,” he says.

Take a wider step and use a band or pole to stabilise yourself and help with balance, whilst going into a lunge. “Also try push into the glute of the bent leg and keep your weight on the heel of the working leg, which will help prevent the heel from lifting,” says Ettienne.

Ankle mobility plays a big role in how you squat. “Most people squat too low — yes there is such a thing as squatting too low and creating what is called a ‘butt wink’, says Ettienne. A butt wink is when you have a pelvic tilt or rounded back at the lowest portion of your squat. This is where most lower back issues originate, as a rounded back puts unnecessary pressure on the lower back muscles, especially in the squat and even more so under load.

Ettiene advises we use a medicine ball. “If your bum can’t touch the ball without losing the neutral spine put a plate under the ball until you get to your personalised depth,” he says. Once your core becomes strong enough to avoid the butt wink and your ankle mobility gets better over time, drop one plate and build up strength at that depth. Lose a plate until you’ve reached your optimal depth, but just breaking parallel is perfect for most people and is widely accepted as a good squat.

READ MORE: How To Do A Goblet Squat Like A Pro

Believe it or not, some people get the incorrect form when doing sit-ups.

“If you want to protect the lower back, grab a slam ball and anchor your feet around it and use that to create some strict strength,” says Ettienne. Alternatively, do hanging knee raises. This will help increase grip strength and core stability. Ettienne advises wearing gloves if you love your hands as the bar may be quite harsh on the hands. “If you’re in a functional gym, simplify the sit up by tucking your hands behind you and then crunch,” he says.

READ MORE: 4 Ways To Up The Intensity In Any Cardio Workout

“Most common mistakes I’ve seen in the gym is people’s hands being too narrow or wide,” says Ettienne. Tuck the elbows, this will take pressure off the shoulders and engage the triceps more. Always do a push up with your elbows tucked and not out. Ettienne says having your elbows out places increased pressure on the shoulder, elbows and wrist joints with the correct muscles not been used to complete the movement.

Start by lying flat on the floor face down. Put your hands to the side where your shoulders are and keep the elbows tucked out (close to the body). Keep your feet up and pivot off your knees staying in a plank position. “Think of it like this, you don’t want to peel yourself off the floor, but you want to push your body off the floor, as if you’re pushing the floor away from you,” he says.

Raising the hips higher than the shoulders creating an A-frame situation is not ideal, as most pressure is placed on the shoulder joints, with no benefit to the core.

Keep your shoulders over elbows and body in a straight line. “As soon as this alignment is off, your hips will lift, and you’ll lose the plank position. Also, squeeze the glutes and tighten the abs at the same time,” says Ettienne.

READ MORE: How To Do A Side Plank Flawlessly

People often hang with their fingers and don’t grip the bar.

“First start with hanging on a bar for +-20 seconds for 10 rounds to increase grip strength. This is the first link in the chain,” says Ettienne. Start with a mini pull-up to help activate the back muscles and the aim is to lift your body roughly 5-8cm. Most outdoor gyms have low bars, so use those. Jump, grab the bar and use the momentum to pull your chin above the bar, then slowly return to your starting position. That’s one rep.

Using rings is also a good way to target all the different muscle groups involved in doing pull-ups. And as a bonus, you can adjust them to your height.

READ MORE: Can Someone Please Explain The Difference Between A Chin-Up And A Pull-Up?

The biggest obstacle I’ve observed in the gym is fear of weights and not having the confidence in your own strength. You are strong, you must progress and strengthen your weaknesses.

“I’ve often watched people pressing forward instead of straight up when doing an overhead press,” says Ettienne. Another common mistake is that people go too light or too heavy when using weights and sometimes this doesn’t work the correct muscles. When you don’t have a power stance and engaging the core, this causes the lower back to hyperextend putting you in a position, where it feels like you’re pressing overhead but in actual fact your pressing at an angle and placing extra pressure on the spine.

Ettienne says you must find your power stance by having your feet a bit wider than shoulder-width, then brace the core. “Take a deep breath and lock down the rib cage and press in a straight-line overhead, exhaling at the top. Once the weight is overhead, give it a second and drop back into the starting position repeating the process. Avoid holding the weight overhead for an extended period of time as this will fatigue prematurely and you’ll then start losing form,” he advises.

Slower is better, build strength and confidence; and only then increase the intensity.

READ MORE: The 10 Exercises You Need For Strong, Toned Arms

Margeaux De Lacy is a physiotherapist and the owner of Hands on Health Care, a chiropractic clinic. De Lacy says most of her patients are runners. Knowing how to perform an exercise is key, but knowing when to increase the weight, reps, distance or speed is also a critical factor for injury prevention.”Most people come in for either a calf strain or anterior knee pain, which is often Patellofemoral Pain Syndrome (also known as runners knee),” she says. Both of these injuries are commonly seen at the beginning of the season, due to patients doing (in short) too much too soon.

READ MORE: Prevent Injuries From Happening When You Run With These Five Moves

An incorrect posture leads to injuries

“Doing workouts incorrectly can definitely lead to injuries. Technique is really important, especially if you start adding weights into your workout as they increase the load on the joints and the work required from the muscles,” says De Lacy. When patients present her with gym-related injuries, De Lacy first finds out when and how they occurred. “Timing of the injury is important for me to know, whether it is an acute or chronic injury as the management thereof is different,” she says.

The injury occurred is necessary to note as well, so that she can help to prevent her patients from injuring themselves again in the future. “There isn’t one recipe to follow when trying to continue training whilst injured, there are many factors to consider, namely: the nature and degree of the injury, the caused of the injury, what you’re training for (if it’s an event), the time between injury and event date will determine your management,” says De Lacy.

Margeaux says, she advocates “active rest”, which means resting from the aggravating activity. “If you’ve got runners knee from running, one way of doing an active rest exercise is by swimming to keep fit. Every case is different and you should contact your healthcare provider before continuing to exercise through injury,” she says.

We live in a world where facts and fiction get blurred
In times of uncertainty you need journalism you can trust. For only R75 per month, you have access to a world of in-depth analyses, investigative journalism, top opinions and a range of features. Journalism strengthens democracy. Invest in the future today.
Subscribe to News24
Related Links
Does a plant-based diet actually increase metabolism or not?
WATCH: Scientists reveal the key to longevity
9 common mistakes people make when it comes to weight loss, according to a celeb trainer
Next on Health24
WATCH | Adopt these morning habits to boost your energy