'My daughter's passing inspired me to start running' A mom's late daughter inspired her to get up and running again.

My daughter Stephanie and I were very close – so much so that people mistook us for sisters. We were best friends. When I got married, she was there every step of the way. She did my make-up and helped me with my dress – having her there made my day extra special.

READ MORE: “7 Simple Lessons That Helped Me Finally Get Serious About Losing Weight”

Stephanie was fit and healthy; she participated in obstacle races and trained with a personal trainer twice a week. She was a real fit mommy, training up until the day she gave birth to her second child. In December 2017, we did a Muddy Princess race together and it was so much fun we promised we’d do it again. Little did I know that day would never come… 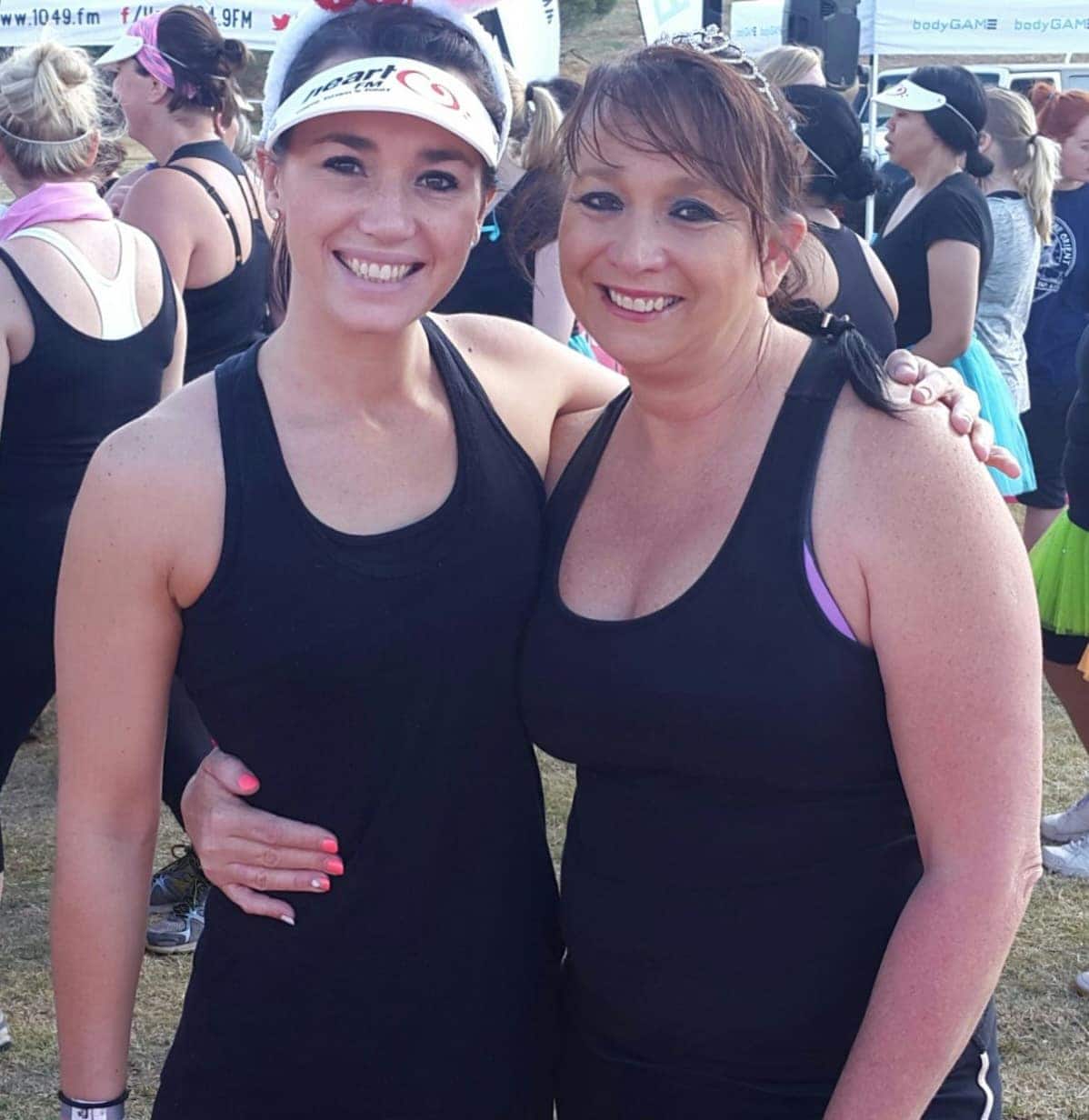 On 3 Feb 2018, my whole life changed. Stephanie unexpectedly passed away from a sudden heart attack. I couldn’t believe it – she was only 30 years old and healthy, so how could she have died of a heart attack? We’d just spoken that day. Her last words to me were: “I love you, mamma, see you later.”

I just couldn’t believe it: my firstborn was gone. I was heartbroken. We would never get to run those races together. At that moment I promised my daughter I would run for her. I would live life to the fullest for her – and for myself.

Running the race for my daughter

Stephanie was supposed to run a race on 25 February, a day after my fiftieth. I promised I’d run it for her. I didn’t know how: my last actual run was in 1992! How would I get myself to start running again?

I began working with Stephanie’s trainer, Tom Liebenberg. He had me running short distances every day and three weeks later I completed my first 5km 30-obstacle race in two hours. I crossed the finish line with Stephanie’s gym buddies, who also ran the race in her memory.

After that race, I began training with Tom on a more permanent basis. It was difficult to keep up with the younger women, but I did it. I changed my eating habits, eating healthier foods more regularly. I started drinking more water and cut down on the wine. I also added more fruit and vegetables to my diet.

For breakfast, I’d usually opt for a healthy muffin with cheese or yoghurt and muesli. Lunch would be a smoked chicken salad or a tuna salad with veggies. Dinner would be a lean protein and carbs, like a chicken pasta with salad. If I snacked, I made sure it was healthy. 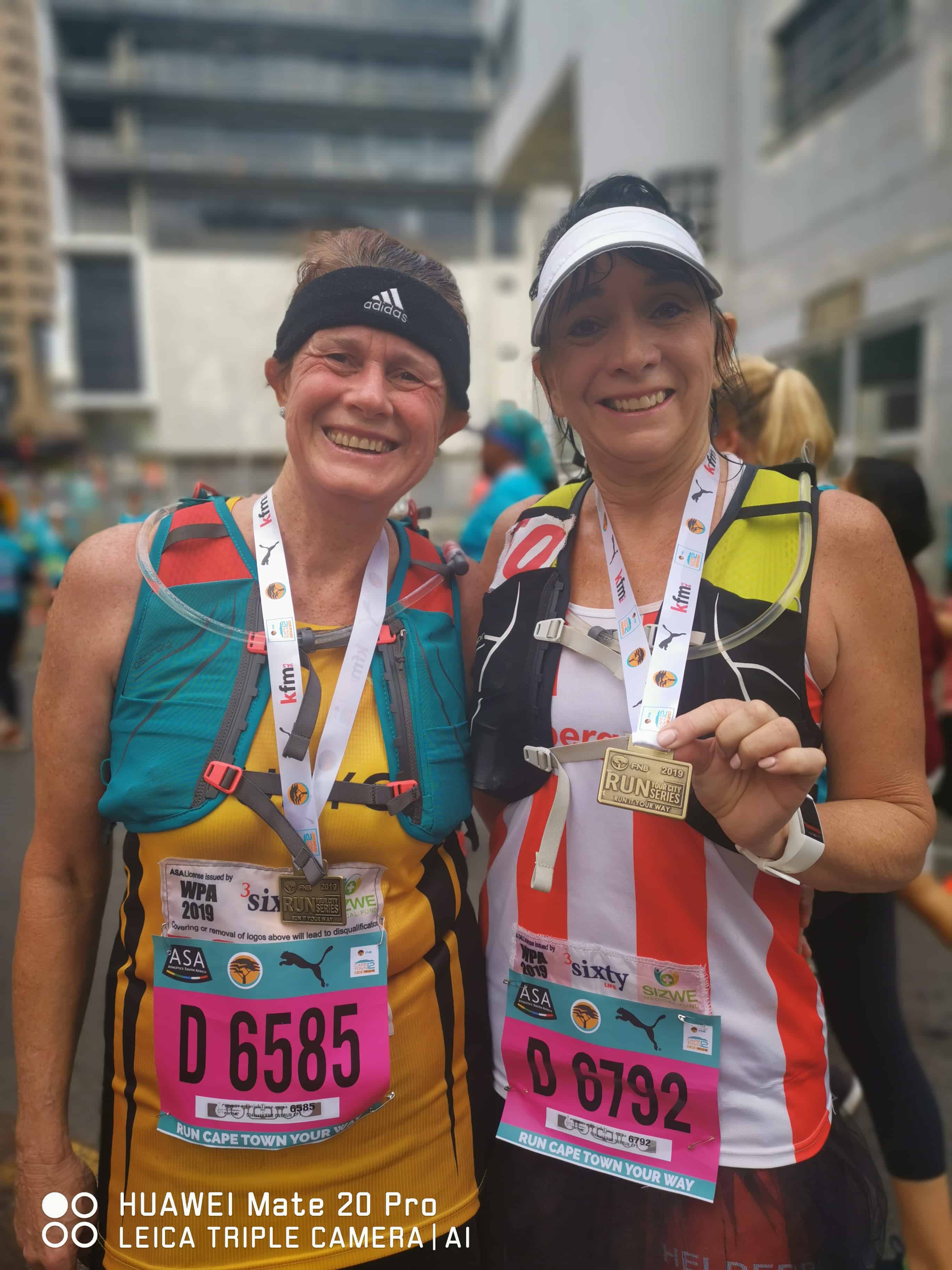 Eventually I started to feel less like a stuffed sausage. The kilos melted off and I got more definition. I’ve since lost 15 kilos and kept it off. Now I can buy beautiful bras and smaller jeans!

Doing it for both of us

Since my daughter’s passing, I’ve run many races. I completed the Sanlam 22km trail run in four hours and 30 minutes. It was a difficult race and the cut-off time was five hours, so I had to push to finish it. But I did it. When I crossed the finish line and the crowd was cheering, I looked up and I swear I saw my daughter standing there, waiting for me – it was a great feeling.

Running these races in honour of my daughter has helped me to feel closer to her. Sometimes when the road gets too tough, I hear her voice inspiring me, telling me, “Come on Mommy, you can do it.” Running has not only helped me feel closer to her, it’s also given me a new lease on life. I’m healthier and live with a purpose. In my heart, I know Stephanie would be very proud of me.

We live in a world where facts and fiction get blurred
In times of uncertainty you need journalism you can trust. For only R75 per month, you have access to a world of in-depth analyses, investigative journalism, top opinions and a range of features. Journalism strengthens democracy. Invest in the future today.
Subscribe to News24
Related Links
WATCH: Man runs 20 hours a day for a week – for more than 800km, on a treadmill – to break a...
'I lost 36 kilos when I started running and eating low-carb high fat'
How safe is running a marathon? Heart doctors say it depends
Next on Health24
Mo Farah speaks marathon training, sacrifices and his lasting legacy