The best time to take creatine 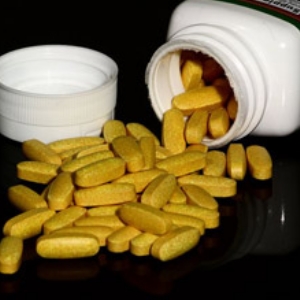 “Athletic performance and vanity aside, building muscle is a vital part of healthy ageing. An age-associated loss of muscle is thought to initiate many illnesses that shorten our lifespan such as osteoporosis, type-2 diabetes, and heart disease,” said lead researcher Dr Paul Cribb from Victoria University.

“This is one of very few studies that provides data on a safe, cost-effective strategy that can help maintain muscle mass through life,” he said.

The researchers recruited adult men to take part in the 10-week supervised resistance-training programme while consuming the supplements. The volunteers were divided into two groups, one took the supplements directly before exercise, while the other group took them at other times of the day. The supplements, a mixture of whey protein and creatine monohydrate, were provided by Colorado-based AST Sports Science. According to the AST website, Dr Cribb is also AST’s director of research.

The researchers report that the participants who took the supplements directly before and after exercise showed significantly better improvements in strength and muscle (fat-free) mass compared to a control group.

The changes in body composition were reportedly confirmed by muscle analyses at the cellular and subcellular levels.

“This study is the first to demonstrate that timing the consumption of these supplements promotes better results from exercise,” said Dr Cribb in a release. “This is a simple strategy that most adults could incorporate into their exercise programmes.”

The study was presented on August 15 at Fresh Science, a US national programme sponsored by the Federal and Victorian Governments. NutraIngredients.com has not seen the data but the research will reportedly be published in the November 2006 issue of the peer-review journal Medicine & Science in Sports & Exercise, the official journal of the American College of Sports Medicine.

Creatine is banned in some countries because of studies showing a possible link between long-term supplementation and increased cancer risk. It is not banned by the International Olympic Committee, which classifies it as food.

Indeed, such concerns have slowed the market recently, which grew by only 4,2 percent in 2004, a sharp contrast with the 50 percent growth rates seen in the late 1990s.

However, previous studies have suggested creatine supplementation to be beneficial in the prevention of various cardiovascular and neurological diseases.

Moreover, the amino acid, that is chiefly available in the form of creatine monohydrate, was recently reported to be safe in humans up to doses of 5g per day, according to evidence from well-designed, randomised clinical trials.

We live in a world where facts and fiction get blurred
In times of uncertainty you need journalism you can trust. For 14 free days, you can have access to a world of in-depth analyses, investigative journalism, top opinions and a range of features. Journalism strengthens democracy. Invest in the future today. Thereafter you will be billed R75 per month. You can cancel anytime and if you cancel within 14 days you won't be billed.
Subscribe to News24
Related Links
More muscle mass may benefit dialysis patients
Next on Health24
The healthy runner’s diet