Here are the unexpected places where germs live Wiping surfaces can reduce the number of germs.

We see you on the train, packed together with everyone else during rush hour, and you refuse to hold on. You won’t touch the pole, or loop your hand through one of those overhead tether things. You’re standing there “surfing” with your arms crossed on your chest. Why? Because you’re afraid every surface you touch is where germs live, covered in bacteria and viruses.

And, look, you’re not totally wrong. According to a 2016 study, public transportation is host to hundreds of bacterial colony-forming units per square inch. But consider this: When the train brakes unexpectedly and you topple over into a crowd of strangers, won’t that expose you to even more germs?

If you’re germaphobic, it’s easy to become so obsessive that you end up missing the point. You only touch the lift buttons with your knuckle. But isn’t that the same knuckle you use to rub your eyes? You wipe down the tray table on the airplane… but then you walk to the airplane bathroom in your socks. You imagine germs on certain surfaces, but ignore them on others.

You need a reality check. We read the studies and talked to one of the world’s premier germ experts to get a read on what you should be avoiding, and what doesn’t matter.

Read more: What is smegma? This condition is actually pretty common

What’s worse? The train pole or the weights at the gym? Yes, public transit is germy. But you’re actually looking at a relatively low bacterial count of mere hundreds of colony-forming units per square inch. (Those are “CFUs” to germaphobes in the know.) Some taxis rank in the thousands. But gym equipment has over a million CFUs per square inch, with exercise bikes being the dirtiest, followed by treadmills and then free weights.

The good news, if your gym asks you to wipe down your equipment after use, that essentially takes care of the problem. “People have found MRSA and cold virus on gym handles,” says Dr Charles Gerba, a microbiologist at the University of Arizona, “but these surfaces are clean enough if your gym encourages you to use disinfectant and paper towels. Culturally, this seems to have come in, and you only need a few people doing it to break the cycle.” 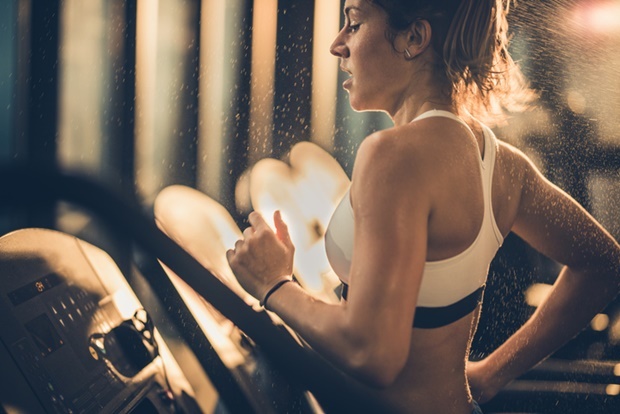 What makes some surfaces germier than others? The frequency with which they’re handled. That means things like light switches (touched a couple times a day) are pristine compared to the key pad on the vending machine (touched constantly). In the lift, the “ground” button is far germier than the button for any other floor. At the office, the conference room might see a lot of traffic, but it’s far cleaner than… the break room.

At the University of Arizona, Dr Gerba has studied the way viruses and bacteria move around in office hangouts. “The first thing to get contaminated is the coffee pot handle,” he says. So what should you do? “Be the first one to get to work,” he suggests. “Or maybe go to Vida.”

Stop using a paper towel to open the bathroom door

You know you’ve done this: Washed your hands in the men’s room, dried them with a paper towel, then used the towel to open the bathroom door so your palm won’t touch the handle. You can stop. Yes, the bathroom door handles are one of the most frequently touched surfaces in your environment. But most people are touching the exit handle with clean hands. “Door handles in restrooms don’t seem to be an issue,” says Dr Gerba. “And certainly the entrance handle is dirtier than the exit handle."

In most instances, washing your hands puts you in the clear. “If you’re out in public, when you come back home, either wash your hands or use a hand sanitiser,” says Dr Gerba. “That seems to alleviate the problem.” One exception: There’s a place in your home germs love to colonise. It’s called your kitchen sponge. One of Gerba’s studies found kitchen sponges to have around 10 million bacteria per square inch. And these are the bad ones. Bacteria that ride in on raw food – such as salmonella. If you’ve heard that microwaving your sponge sterilises it, think again. Research has suggested that microwaving only kills the weak bacteria, leaving the stronger, more deadly strains plenty of room to multiply.

You know those gadgets that are supposed to sterilise your phone with ultraviolet light? They’re playing on your fear. “Touch screens are hard to evaluate because you put things on and take them off so rapidly,” says Dr Gerba. “You might swipe on 100 viruses and then take 50 off.” What does that mean in practice? “We’ve studied people’s cellphones, and they’re usually not that bad.” So before you drop cash on a phone sterilising pod, maybe just wash your hands.

You are tracking poop everywhere

If you have a friend who makes you take off your shoes every time you visit… he’s onto something. Dr Gerba’s team tested shoes after they’d been worn for a month, and 93% of the soles had faecal matter on them – plus, roughly a quarter had E. coli. “We were surprised to have found so much,” he says. “Apparently they survive longer in the grooves of the soles.”

You track all that disgusting stuff from the pavements of your city into your home. (In fact, the first couple of steps at the entrance are the dirtiest.) So clean your shoes, and watch what you do with them out in public. “I no longer put my feet up on my desk,” says Dr Gerba.

Read more: Is it safe to sleep with your contact lenses in? We found out

Exposure doesn’t equal immunity. (At least not for diarrhoea)

You’ve probably heard that some exposure to germs makes you stronger. And, yes, that’s true in some cases. But it’s not a good argument against washing your hands. Consider certain viruses, like norovirus – the one that can send an entire cruise ship’s worth of passengers running for the restrooms. “There’s no long-term immunity for norovirus,” says Dr Gerba. “You can get it as many times as you want.’’ So if you want to get it zero times, consider a squirt of sanitiser.

Finally, if you’re going to single out germy surfaces, there’s one that gets a bad rap. “Toilet seats are incredibly clean,” says Dr Gerba. “There’s usually more faecal matter on a cutting board in a home. It would be safer to make a sandwich on a toilet seat.” The reason, he says, is that people tend to treat toilet seats with a lot of germ sensitivity. They wipe them down, or use those paper shields. Consequently, the seats end up cleaner than you’d think.

“We’ve studied homes, schools and offices, and one of the cleanest things is the surface of the toilet seat,” says Dr Gerba. “If someone dares you to lick something in a public restroom, pick the toilet seat.”

Read more: 15 foods you should eat when you’re constipated

We live in a world where facts and fiction get blurred
In times of uncertainty you need journalism you can trust. For only R75 per month, you have access to a world of in-depth analyses, investigative journalism, top opinions and a range of features. Journalism strengthens democracy. Invest in the future today.
Subscribe to News24
Related Links
Therapy dogs may unleash superbugs, researchers say
Should you squat on a public toilet to avoid germs?
How far can a cough travel?
Next on Health24
Improved sunscreen