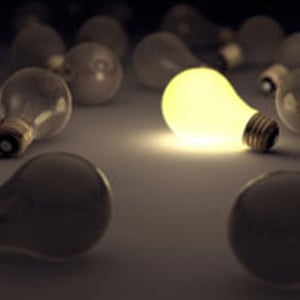 iStock
Universal access to modern energy could be achieved with an investment of between 65 and 86 billion US dollars a year up until 2030, new research has shown.

The proposed investments are higher than previous estimates but equate to just 3-4% of current investments in the global energy system.

The findings, which have been presented today, 3 May, in IOP Publishing's Environmental Research Letters, also include, for the first time, the policy costs for worldwide access to clean-combusting cooking fuels and stoves by 2030.

In their study, the researchers calculate that improved access to modern cooking fuels could avert between 0.6 and 1.8 million premature deaths in 2030 and enhance well-being substantially.

The international group of researchers estimate that an additional generation capacity of between 21 gigawatts and 28 gigawatts would be required to provide a modest amount of electricity to all rural households. This is less than the annual additions to generation capacity being made by China alone.

They estimate this will cost around 180 to 250 billion dollars over the next 20 years with dedicated policies and measures also needed.

Added to this will be the policy costs to help ease the transition to clean cooking for more than 40% of the world's population. The policies would include subsidies supporting the costs of new fuels, new stoves, and improved biomass stoves. The researchers estimate the costs to be in the region of 750 to 1000 billion dollars over the next 20 years.

Lead author of the paper, Dr Shonali Pachauri, a researcher at the International Institute for Applied Systems Analysis (IIASA) in Laxenburg, Austria, said: "Our analysis indicates that without new policies and efforts, universal access to modern energy will not be achieved by 2030. Actually, for cooking, the situation may even worsen.

The transition to clean cooking costly

"The scale of investment required is small from a global perspective, though it will require additional financing for nations that are least likely to have access to sources of finances. But the benefits could be enormous.

"Our work shows that achieving this goal will result in significant health benefits and is likely to have negligible impacts on greenhouse gas emissions, even in the case where all populations switch to fossil-based LPG cooking, which is unlikely to be the case in reality."

The researchers arrived at the estimated costs using two modelling frameworks to explore the effectiveness of alternate policy pathways.

To estimate the total investment needed for expanding grid electricity access to rural populations, they included the costs of grid extension, operation and maintenance of the power system and investments for additional electricity generation.

They state that without policies to accelerate electrification, between 480 and 810 million additional people are estimated to gain access to electricity by 2030, but 600 to 850 million people in rural South and Pacific Asia and sub-Saharan Africa – the main regions of interest in this study – could still remain without electricity.

The United Nations (UN) declared that 2012 was the "International Year of Sustainable Energy for All" with universal access to modern energy by 2030 as one of the stipulated objectives. This research provides new insights on how to achieve these objectives.

We live in a world where facts and fiction get blurred
In times of uncertainty you need journalism you can trust. For 14 free days, you can have access to a world of in-depth analyses, investigative journalism, top opinions and a range of features. Journalism strengthens democracy. Invest in the future today. Thereafter you will be billed R75 per month. You can cancel anytime and if you cancel within 14 days you won't be billed.
Subscribe to News24
Related Links
Trees used to create recyclable solar cell
Green is the future
New way of harvesting energy from the sun
Next on Health24
Shocking WHO report reveals 99% of global population inhaling unhealthy air