5 apps you can use to report rape

This app promises to make the reporting of rape and assault easier by creating an interface that encourages you to create a video log detailing what happened as soon as it happens, so that when you are ready to report the incident you can refer to the video.

How it works/ how to use it:

• Try to get to a safe location before starting the app.
• Open the app and it will prompt you to say what happened while recording video and audio.
• An encrypted video will then be created and for you to give to the authorities. It does not automatically send, and is not available within the app. 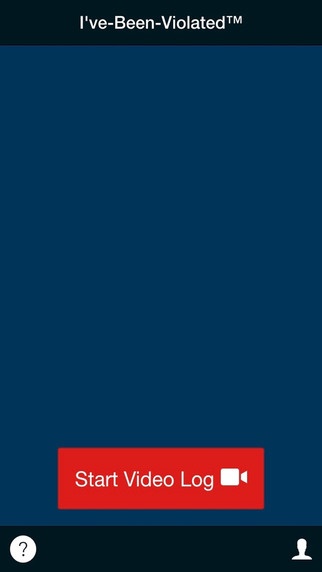 One possible problem: What if the perpetrator takes your phone, or your phone gets damaged in the attack and the recording can’t be used?

If there was a way for it to record discreetly and automatically and save the information to a cloud, it might solve the problem.

This free app is aimed at preventing sexual violence by quickly connecting users in potentially dangerous situations with friends and safety resources. Circle of 6 has 100,000 users in 32 countries. One possible problem: You need airtime/data to use this app, as well as cell mast coverage, which is a barrier to millions of South Africans.

Women coded this app at Oxford University in the UK after collaboration among students, the University and professionals from the Oxford Sexual Abuse and Rape Crisis Centre.

How it works:
This piece of innovative software’s interface connects victims of sexual assault to relevant options – from calling the police to getting medical attention. It also provides information about ways to respond to a sexual assault and essential knowledge about support resources, including the definition of consent. One possible problem: Much of the information stored on this app in terms of resources and procedures is geared towards the UK, offering the choice of location-specific services that will not be accessible to South Africans.

Read: New research may reveal the true extent of statutory rape in SA

This app is an "all-in-one" of the other ones listed. You can push a button for help and record the attack, and it also has a simple interface that allows registering and listing of emergency contacts. One possible problem: When the app is shaken, it alerts your emergency contacts. This means that ordinary movements like walking can unintentionally set it off.

Disclaimer: there is no guarantee that the video recorded would be admissible in court.
All apps listed are for android and iPhone that are free to download and available in South Africa

In the event of an emergency this app offers users information about who to call ; uses location services to let their contacts know where they are and that they need assistance. One possible problem: The interface is a bit tricky. When you launch the app a countdown starts and unless you stop it will alert authorities; this is good on one hand because it will elicit a fast response but doesn’t give you a lot of time to rectify a clumsy fingered mistake.

Breaking the silence after sexual abuse

We live in a world where facts and fiction get blurred
In times of uncertainty you need journalism you can trust. For only R75 per month, you have access to a world of in-depth analyses, investigative journalism, top opinions and a range of features. Journalism strengthens democracy. Invest in the future today.
Subscribe to News24
Next on Health24
5 ways Pokémon Go can improve your health