Office horror stories: 'The lies, the trash talk, the isolation' 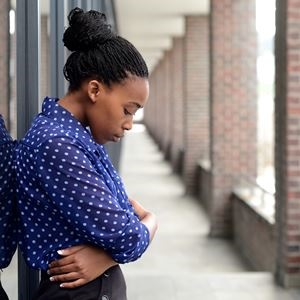 Workplace bullying is rampant in the workplace, but is often not taken seriously.

Do you have a colleague or a boss who's predatory and enjoys destroying people’s careers? While these people are creating chaos and confusion, they further their own agendas to gain power and influence within the company. Some of them clearly have psychopathic tendencies.

Health24 recently published a compilation of workplace bullying horror stories, and readers from around the world reached out to share their experiences. Here are more of their stories.

It didn't matter how efficient I was, my manager would always find fault. What's worse is that to my face she would say “job well done" and behind my back she would tell another story. She also shared personal information with our colleagues, which should have stayed with her, our line manager and Human Resources (HR). When I raised this issue with our MD and my line manager, they didn't even have the courtesy to reply.

The best part was when my manager told me I didn't fit into the division anymore and no one wanted me there. Which was far from the truth. I was put on medication and in the end decided to look for another job.

Nadine – ‘I was fired after 13 years of service’

I worked in a physical therapy department as a physical therapy aide. At first I was unaware of the underhanded words and actions that were directed against me by a co-worker. My supervisors brought the situation to my attention at a meeting. Then lies, trash talk and isolation from other employees followed – instigated by this co-worker. My blood pressure got out of control and I had to take medication and go on a number of weeks’ leave to manage the situation.

After some time, HR sent in a mediation team but that didn't help because this co-worker wanted me fired. I felt she was jealous because I knew as much as she did, in terms of my skill set, and could perform her job duties too. I was fired after 13 years of service. The entire experience was a nightmare I would not wish upon anyone.

I had the most psychopathic manager ever. On my first day of work, at the end of my orientation, she called me to her office to "warn" me about another colleague, saying that this colleague was "crazy", so I shouldn’t be surprised if she acted "a little crazy" towards me. I wasn't yet familiar with the office dynamics at the time.

My manager tried to get me on her side, and when she realised I wasn't going to partake in office politics, she started bullying me. She started with giving me a final written warning for arriving 15 minutes late at a year-end function. She targeted me for the smallest thing, including criticising my dress code.

I approached her about why she was addressing only my dress code, when my colleagues (who encouraged me to bring it up with her so the bullying could stop) wore very similar clothes.

She told me she’d sent out dress code guidelines to everyone. When I left her office, she called in everyone (besides me) and told them that there had been a complaint about the way they dressed. Fortunately, my colleagues were familiar with her behaviour, so she didn’t succeed in turning them against me. I complained to the CEO and escalated it to HR, but she had them all in "her corner".

She told people that I hated her and made me sign silly warnings all the time. Again, HR didn’t step in to resolve the situation. They eventually let me go and called it "retrenchment", but I knew what was really going on. She wanted to get rid of me, and she made it happen. I had just buried my dad, but I didn’t allow anything to bring me down. I completed my postgraduate studies and soon found another job.

Bernice – ‘I was charged for insubordination'

I worked in a transport fraternity where my departmental executive added another activity to my job description – without proper consultation. I challenged that change through HR, but the matter was not addressed.

Two years later, my department migrated to a sister agency and the same executive did the same thing again, saying that that job function had always been my responsibility. I wrote a response letter to say that she was wrong, and I ended up being charged for insubordination and dismissed. I had to be hospitalised for a month and I’m currently on antidepressants.

I work for a very large South African retailer. I started off working for the company last year through their graduate programme. I don’t know why, but the programme coordinator picked on me from the very beginning. I was always the only one she questioned about work hours. She would call me at 6am asking me why I was off over a weekend, for example.

In January this year we were all given new positions, and mine was project manager for new store openings. This meant she was no longer my boss, but my equal. Yet, she still got involved in everything I did and often told me I was doing things incorrectly. She’d then show me how to do things "correctly", and when I’d done it her way, she’d question me, laughing and telling me she'd never told me to do it that way. She makes me feel inferior and look like a complete idiot in front of management.

I haven't told my immediate HR or line manager about the situation, because they absolutely love her and don't see what she's up to. My next project is coming up and I don't know if I can go through this whole process with her again. I recently applied for a transfer to another division within the company, but that wasn't successful. I don't know what to do anymore. I have feelings of hatred towards her. I can't stand her. Fortunately for me, she’s moved onto a new victim within the company.

The worst part is that she works in the HR division of our company. They’re the people you're expected to be able to trust in the workplace.

Sofia – ‘They work in teams’

I worked at a company for 11 years and wanted to resign many times. My supervisor just knew how to manipulate every situation, and her bullying was beyond HR or management's control. Just because she didn’t like me, she would give me work at the end of the month when I already had hectic deadlines. This meant I was forced to work weekends in order to keep up. If I missed my deadlines, I was seen as the incompetent employee who was unable to handle pressure, and didn't get promoted.

The only option I could see was to resign, because irrespective of how hard I worked, she and the others (yes, they work in "teams") would have dragged me down. No money in the world could ever give me my health back.

*Names have been changed to protect the identities of the individuals involved.

Image: iStock
We live in a world where facts and fiction get blurred
In times of uncertainty you need journalism you can trust. For 14 free days, you can have access to a world of in-depth analyses, investigative journalism, top opinions and a range of features. Journalism strengthens democracy. Invest in the future today. Thereafter you will be billed R75 per month. You can cancel anytime and if you cancel within 14 days you won't be billed.
Subscribe to News24
Related Links
If your way of parenting involves belittling your kid, you may be raising a child who is likely...
Toxic employers face jail as South Korea tackles workplace bullying
5 common types of psychopaths you might find in the workplace – and how you can avoid becoming a...
Next on Health24
Office horror stories: Workers tell of trauma at the hands of office psychopaths and bullies