Working night shift may be bad for your health. (iStock)

When people work night shift, their bodies might have a reduced capacity to repair everyday damage to cells' DNA, a small study hints.

The research found that people excreted lower levels of a chemical called 8-OH-dG when they worked at night. That might be a sign that the body's ability to repair DNA damage is diminished.

While this is all theoretical, a number of studies have tied shift work to higher risks of obesity, diabetes, heart disease and certain cancers.

The new findings might point to one reason for those risks, said lead researcher Parveen Bhatti, of the Fred Hutchinson Cancer Research Center, in Seattle.

He explained that 8-OH-dG is excreted in the urine when the body repairs DNA damage that occurs during normal body processes.

"Over time, such DNA damage might contribute to cancer or other diseases," Bhatti added.

And, he said, the whole process might be due to insufficient levels of melatonin – a hormone that helps regulate the body's internal "clock".

Not clear how melatonin fits in

The brain churns out melatonin in response to darkness, and night-shift workers tend to have lower melatonin levels compared to people who work during the day.

However, a researcher who reviewed the study was cautious about interpreting it.

"The results are interesting," said Kathryn Reid, who studies sleep and circadian rhythms at Northwestern University Feinberg School of Medicine, in Chicago.

"But they didn't link shift work to actual DNA damage," Reid said. And it's not really clear, she added, how melatonin fits in. 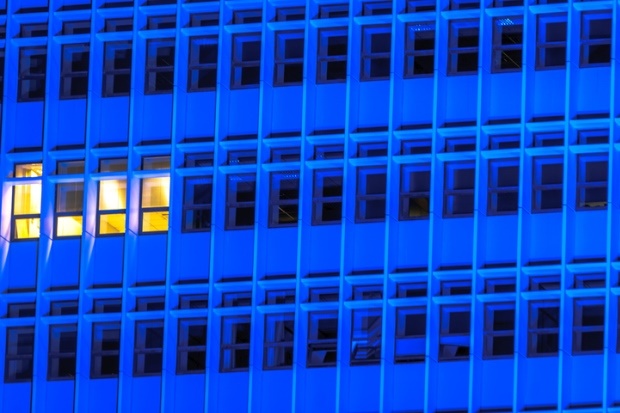 "This doesn't show that it's cause-and-effect," Reid noted.

The findings, reported in the journal Occupational & Environmental Medicine, are based on 50 men and women who worked the night shift in health care jobs.

Overall, Bhatti's team found, the workers had lower levels of 8-OH-dG in their urine when they worked at night, versus nights where they were able to sleep.

Bhatti said the results bolster an earlier study in which his team followed 223 workers – including the 50 in this one. There, the researchers found that workers' 8-OH-dG levels were lower during daytime sleep, versus nighttime sleep.

The researchers also saw evidence that lower melatonin levels correlated with lower 8-OH-dG. (The 50 workers in the latest study were those who'd shown the biggest drop in melatonin during night work versus night sleep.)

"We think melatonin might be driving this," Bhatti said.

He acknowledged, though, that his findings so far don't prove that.

"I'd like to do a trial where we give melatonin to shift workers with low melatonin levels, then see if it affects this biomarker," Bhatti said, referring to 8-OH-dG.

But until more research is done, he does not suggest shift workers use melatonin supplements in the hopes of preventing DNA damage.

"I'm cautious about melatonin supplements," Bhatti said. "They're not regulated by the Food and Drug Administration. You don't know how much melatonin you're getting, or what kinds of fillers are being used."

Plus, Reid added, melatonin can make people feel groggy, which is probably not a good idea for workers who need to be alert at night.

For now, Bhatti suggested that shift workers be "extra vigilant" about maintaining a healthy lifestyle – eating a balanced diet, not smoking and getting regular exercise.

Unfortunately, he added, eating well and exercising can be challenging for shift workers.

"That's where I think employers can help," Bhatti said. "They can try to provide access to healthy food and more opportunities for employees to exercise."

Fin24 recently reported that the biggest fear of up to 92% of South African employees is losing their job, which means that most of us would be careful about saying no to night shift work.

Get a nightly dose of darkness

We live in a world where facts and fiction get blurred
In times of uncertainty you need journalism you can trust. For 14 free days, you can have access to a world of in-depth analyses, investigative journalism, top opinions and a range of features. Journalism strengthens democracy. Invest in the future today. Thereafter you will be billed R75 per month. You can cancel anytime and if you cancel within 14 days you won't be billed.
Subscribe to News24
Related Links
24-hour shifts interfere with heart function
Drugs may not help shift workers stay awake
Shift work shock
Next on Health24
Presenteeism: Working while sick or burnt out? SA psychiatrist explains why it’s a bad idea