How to keep guilt from weighing you down 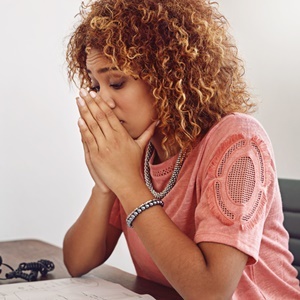 Guilt is a common feeling of emotional distress that signals us when our actions or inactions have caused or might cause harm to another person.

Do you sometimes feel the weight of the world pressing down on you when you are overcome by a guilty conscience?

Guilt over unethical behaviour is so powerful that it can make you feel as though you've gained weight – even when your actual weight stays the same, according to a study by US and Canadian researchers.

Guilt is an important emotion. Appropriate guilt helps you recognise when you've made a mistake, and stops you from making the same mistake again. But sometimes we feel guilty even though we've done nothing wrong, and there is no misstep to think about or fix.

There has been a pile up of guilt on mothers who are career women, whereby having a career comes at the expense of child development. Health24 debunked this myth, stating that children whose mothers work during their early years do as well at school as those with stay-at-home mothers.

If you're feeling guilty, figure out whether it's healthy and appropriate. If it is, the next step is to take action. The sooner you apologise or correct what you did wrong, the faster the guilt will go away. Once you've done this, it's important to recognise that you can't change the past – you need to let it go. As you move forward, try to learn from the experience so you won't repeat it.

If you didn't actually do anything wrong, and there's nothing to correct, try to figure out why you feel guilty about something that wouldn't bother most people.

The bottom line: Realise that no one is perfect, and everyone makes mistakes. But you can take steps to move beyond guilt.

We live in a world where facts and fiction get blurred
In times of uncertainty you need journalism you can trust. For only R75 per month, you have access to a world of in-depth analyses, investigative journalism, top opinions and a range of features. Journalism strengthens democracy. Invest in the future today.
Subscribe to News24
Related Links
Best places to eat out when watching your health
Having strict parents may affect later relationships
Single working moms have higher heart disease risk
Next on Health24
Having 'brown fat' may protect against several chronic diseases – but what exactly is it?