Is there a difference between winter and summer colds? 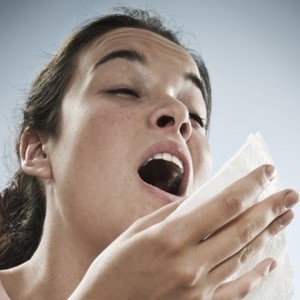 According to the American Lung Association, in the US colds account for more visits to the doctor than any other condition, and on average adults get two to four colds a year.

Colds are very contagious and are mostly spread when small drops of fluid are inhaled or transferred by touch, and altogether there are more than 200 viruses that can cause symptoms like coughing, sneezing and a runny nose.

Flu shots have been available for a long time, but as yet there are no vaccinations to protect us against the common cold.

Read: Who should be vaccinated against flu?

Colds (and flu) are strongly associated with winter. There are many theories why this is the case, and one example is that it is easier for people to infect each other in winter because they spend more time indoors, at closer proximity to each other.

Many experts agree that colds are more common during the colder months because the virus is able to spread more easily in cold, dry air.

There has been some research in this regard, and a recent study on mice by the Yale University School of Medicine indicates that the body’s defence against the rhinovirus (a common cold virus that causes about 50% of colds) is not as efficient at cooler temperatures.

If you have a cold, bear in mind that taking antibiotics, which fight bacterial diseases and not the viruses that cause colds, will not help.

But what about summer colds?

Although colds are strongly associated with autumn and winter, people are affected by exactly the same viruses in spring and summer, and colds actually aren’t that rare during the warmer months. After all, viruses are the cause of colds, not the weather – and cold viruses are always around.

There is however a different kind of virus that produces cold-like symptoms and tends to rear its ugly head during the summer months. It is called enterovirus and can cause more complicated symptoms than the typical winter cold, says Dr Bruce Hirsch, attending physician for infectious diseases at North Shore University Hospital in Manhasset, New York.

According to Merck Manual, symptoms of a summer cold caused by enterovirus include fever, headache, and sore throat, and sometimes mouth sores or a rash. Diagnosis is based on symptoms and on examination of the mouth and skin. Treatment is aimed at relieving symptoms.

Polio is also caused by enteroviruses, but these specific enteroviruses have largely been eliminated from Western countries by vaccination.

Read: Enterovirus sickens hundreds of kids in US

Like rhinovirus, enterovirus is spread by coughing and sneezing. It can also spread through the faecal-to-oral route and cause more complicated symptoms like fever, diarrhoea and rashes. Fifty percent of people who get infected with an enterovirus show no symptoms at all, but in America enteroviruses cause around 10 to 15 million illnesses every year.

How to avoid getting a cold

Basically there are two ways to avoid getting a cold. One is to avoid coming into contact with the offending organisms and the other is to keep your immune system strong, enabling it to fight off the onslaught of cold viruses.

Centres for Disease Control and Prevention (CDC) suggests these precautions in order to avoid contact with cold/flu viruses:

Smithsonian.com: There is a Scientific Reason that Cold Weather Could cause Colds. http://www.smithsonianmag.com/smart-news/there-scientific-reason-cold-weather-could-cause-colds-180953817/?no-ist

WebMD: Why Are Colds More Likely in Winter?  http://www.webmd.com/cold-and-flu/news/20150106/researchers-probe-why-colds-are-more-likely-in-winter

NIH: Catching a Cold When It is Warm. https://newsinhealth.nih.gov/issue/jun2012/feature2