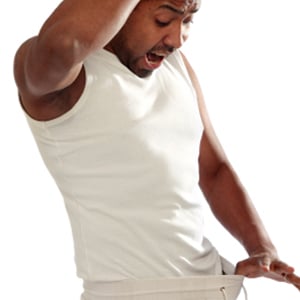 Thanks to commercials for erectile dysfunction drugs, men know to seek medical attention for "erections lasting more than four hours," but a new study suggests a blood disorder is the cause of many prolonged erections.

While the condition - formally known as priapism - is rare, researchers report in The Journal of Urology that between 14% and 30% of cases that show up in US emergency rooms are men with sickle-cell disease.

"I would say what the paper is telling us is that sickle-cell disease is still responsible for the bulk of the visits for priapism," said Dr Gregory Broderick, professor of urology at the Mayo Clinic in Jacksonville, Florida, who was not involved in the study.

Sickle-cell disease is an inherited disorder that leads to red blood cells containing an abnormal type of hemoglobin. The defective cells frequently take on a sickle- or crescent-shape and can block small blood vessels, which can lead to tissue damage or even stroke.

Especially dangerous for people with the sickle-cell trait is becoming dehydrated, which thickens the blood and can provoke a potentially fatal "sickle-cell crisis."Other complications of the condition are anaemia, jaundice, gallstones, severe leg and arm pain, and spleen, liver and kidney damage.

Previous studies have linked priapism to sickle-cell disease, as well as to illegal drug abuse and use of erectile dysfunction treatments.

To get a better idea of who is most likely to experience priapism, and why, researchers led by the University of Montreal Health Center's Dr Florian Roghmann analysed a database of US ER visits between 2006 and 2009.

They found that 32 462 men came to ERs with priapism during that period, which works out to be less than one emergency visit per 100 000 US men.

Of those patients, about 13% ended up being admitted to the hospital. The figures were not significantly different from the past, according to the researchers, which suggests the problem is not becoming more common as the population ages.

About half the men were treated at urban teaching hospitals. And about 14% of were reported to have sickle-cell disease, but that number was even higher - about 31% - among patients younger than 18 years old. About 4% of the patients said they had abused drugs.

The study did not assess how many of the men had used erectile dysfunction drugs. Nor could the researchers tell from the data how many of the ER visits were by the same patients.

But the high proportion of patients identified as having sickle-cell disease, according to Broderick, suggests sickle-cell is the main driver of priapism.

"You're really talking about a demographic slice," said Broderick, who has researched priapism but wasn't involved with the new study.

Sickle-cell disease is most common among people of African, especially West African, descent.

The condition is not thought to cause priapism directly by clogging blood vessels with damaged cells. Rather, it's believed that when the defective red blood cells break, their contents in the bloodstream interfere with signalling from the brain that regulates blood flow and tissue responses, according to Broderick.

The study team also found that priapism is more common during the summer months and in warmer climates. Broderick said that may be due to dehydration among people with sickle-cell disease.

But he cautioned that the new study cannot say for certain what caused priapism in these patients. So the researchers can't rule out other explanations.

Regardless of the cause, Broderick said that the condition can lead to serious long-term complications if it's not treated quickly.

"It's a time-dependant emergency. The more time they've had the ischemic or erect penis, the more likely they're going to have erectile dysfunction," he said.

We live in a world where facts and fiction get blurred
In times of uncertainty you need journalism you can trust. For 14 free days, you can have access to a world of in-depth analyses, investigative journalism, top opinions and a range of features. Journalism strengthens democracy. Invest in the future today. Thereafter you will be billed R75 per month. You can cancel anytime and if you cancel within 14 days you won't be billed.
Subscribe to News24
Related Links
What is priapism?
3 erection problems
Are you at risk for erectile dysfunction?
Next on Health24
Man’s penis successfully reattached after being cut off for nearly a day