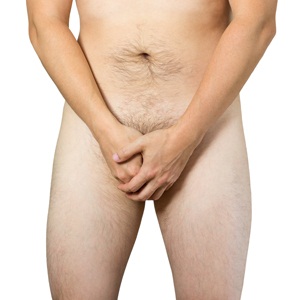 Despite laws to curb the deaths and injuries related to circumcision, initiate deaths are on the increase. In 2009, 91 initiates died, and in 2010 just in Pondoland there have been 28 deaths. In 2014 four young men had died by the start of the winter initiation season.

A report released by the Commission for the Protection and Promotion of the Rights of Cultural, Religious and Linguistic Communities in Joburg stated that, by June 2014, close to 490 boys have died in initiation schools in three provinces in the past six years and a further 455 628 were hospitalised because of circumcision-related complication.

Hospitalisations in cities frequent
"These hospitalisations after botched circumcisions are by no means restricted to the rural areas and many cases are seen in Cape hospitals, particularly the GF Jooste hospital," said GF Jooste general surgeon, Dr Denis Allard in an earlier interview with Health24.

"Many circumcisions are done in urban areas and patients are admitted to hospitals either with excessive bleeding, septic wounds, dehydration or hypothermia.

"Initiates often 'go to the bush', as the initiation rites are referred to, during the winter school holidays and this compounds problems caused by exposure to the elements. After circumcisions, the initiates are discouraged from drinking water as urinating could be painful and lead to infections. This causes very high sodium and potassium levels in the body, compounding the problems caused by general dehydration.

"The combination of septic wounds and dehydration could lead to kidney failure. Doctors are also sometimes hesitant, for obvious reasons to amputate infected penises and sometimes wait for auto-amputation to take place.

Transmission of HIV and hepatitis
"The spreading of Hepatitis B and HIV is also a strong possibility when the same unsterilised blades are used to circumcise more than one initiate. The penis is usually placed on a stone and an elder chops off the foreskin with a knife.

Another problem is when more than the foreskin is chopped off, causing extensive bleeding and the increase in the chances of getting an infection.

"The solution would be co-operation between traditional healers and elders and trained medical staff. Basic medical knowledge could prevent the majority of complications."

Social pressure strong on boys to be circumcised
"The social pressure is very strong on boys to go through these ceremonies", according to Mahap Msiza, formerly a journalist with News24. "A man who has not been 'to the bush' as it is often called, will be socially ostracised, not taken seriously by his peers, and possibly also rejected by women, in whom he shows an interest."

"There is also a certain secrecy that surrounds the ceremonies and they also differ from culture to culture. Initiation used to take six months, but in many areas, it has now been whittled down to three weeks in some cases, to accommodate scholars and students. Initiation is a tradition which has not diminished in importance as people have moved from the rural areas to urban areas, where initiation schools have sprung up by the dozen."

Physical deprivation often part of initiation
Elements common to most of the cultures include isolation, instruction in the duties of men, a certain amount of physical deprivation, such as the withholding of water or certain foodstuffs. A certain amount of physical punishment is also part of the initiation in certain cultures, although it is not often spoken about, according to Msiza.

"The traditional inyangas who were in charge of initiations schools were people who were proper elders – often in their sixties. Masiza stressed that it was the duty of the parents to investigate a circumcision school before entrusting their boys to them."

Improper training and experience have resulted in many deaths over the last few years. Instruments that have not been properly cleaned, are used again and again, causing infections and possibly also assisting the spread of HIV."

Get the newsletter
Voting Booth
Have you entered our Health of the Nation survey?
Please select an option Oops! Something went wrong, please try again later.
Yes
28% - 9800 votes
No
72% - 24699 votes
Previous Results