How your dog can tell what you're feeling 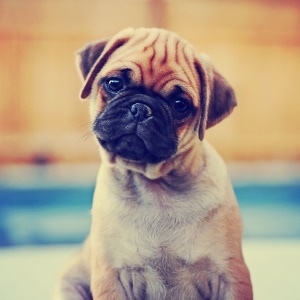 Dogs process human faces in a specific region of their brains, researchers report.

"Our findings show that dogs have an innate way to process faces in their brains, a quality that has previously only been well-documented in humans and other primates," study senior author Gregory Berns, a neuroscientist at Emory University in Atlanta, said in a university news release.

The discovery of this face-processing area in the temporal cortex may help explain why dogs are so sensitive to human social cues, according to the authors of the study published Aug. 4 in the journal PeerJ.

"Dogs are obviously highly social animals, so it makes sense that they would respond to faces. We wanted to know whether that response is learned or innate," said Berns, who leads the Dog Project in the university's psychology department.

The six dogs in the study were trained to voluntarily enter a functional MRI machine and remain motionless during scanning without the need for restraints or sedation. Their brains were scanned while they were shown videos of faces and everyday objects.

A region in the dogs' temporal lobe showed much more activity when they saw human and dog faces than everyday objects. The researchers have named this region the dog face area.

The findings show that dogs are born with this innate response to faces. If it was learned -- for example, by associating a human face with food -- then faces would trigger a response in the reward region of their brains, Berns explained.

People have at least three face-processing regions in the brain. Being able to identify faces is important for any social animal, the researchers suggested.

"Dogs have been cohabitating with humans for longer than any other animal," study first author Daniel Dilks, an assistant professor of psychology at Emory, said in the news release.

Why do wet dogs stink?

What not to feed your dog

We live in a world where facts and fiction get blurred
In times of uncertainty you need journalism you can trust. For 14 free days, you can have access to a world of in-depth analyses, investigative journalism, top opinions and a range of features. Journalism strengthens democracy. Invest in the future today. Thereafter you will be billed R75 per month. You can cancel anytime and if you cancel within 14 days you won't be billed.
Subscribe to News24
Next on Health24
Owners remain faithful to flat-faced dogs despite health woes