Be careful of puppy poop – it can make you sick 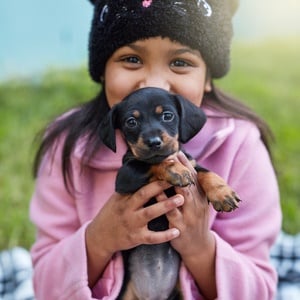 Love your puppy, but be mindful of harmful bacteria that can be spread via her stools.

Who doesn't love a tiny puppy?

Most of us, probably. But be mindful of hygiene when welcoming your new furry baby into your home.

Bacterial infections that have sickened 39 people in seven US states have been linked to puppies sold through Petland, a national pet store chain, US health officials say.

And while animal lovers will adopt rather than shop, one should still be careful, as bacteria can easily be carried via dogs.

Campylobacter infections have been reported between September 2016 and August 2017 in Florida, Kansas, Missouri, Ohio, Pennsylvania, Tennessee, and Wisconsin, according to the US Centers for Disease Control and Prevention. Nine people have been hospitalised. No deaths have been reported.

On the African continent, outbreaks are particularly common in Mali, Gambia, Kenya and Mozambique. In South Africa, there is a 47.4% prevalence of campylobacter infections in children under-five with acute watery diarrhoea.

"Evidence suggests that puppies sold through Petland are a likely source of this outbreak," according to a CDC news release. "Petland is cooperating with public health and animal health officials to address this outbreak."

A common cause of diarrhoea

This is a common cause of diarrhoea in the United States, she said.

"The illness typically lasts about a week without treatment," Jan said. But for people with compromised immune systems, campylobacter infections can be life threatening, she added.

Most cases in humans occur from eating raw or undercooked chicken, or eating foods that have been cross contaminated by infected poultry products, Jan noted.

However, humans can get infected from contact with the stool of an infected puppy, she added.

Twelve of the people sickened in this outbreak were Petland employees in four states. The other 27 had either bought a Petland puppy, shopped at Petland or visited someone who had purchased a puppy from Petland, the CDC report says.

Infected dogs may or may not show signs of illness, such as diarrhoea, vomiting, or a fever, so it's important to take precautions when around dogs, the CDC says.

To prevent catching campylobacter from dogs, the CDC advises that you:

We live in a world where facts and fiction get blurred
In times of uncertainty you need journalism you can trust. For 14 free days, you can have access to a world of in-depth analyses, investigative journalism, top opinions and a range of features. Journalism strengthens democracy. Invest in the future today. Thereafter you will be billed R75 per month. You can cancel anytime and if you cancel within 14 days you won't be billed.
Subscribe to News24
Related Links
Piglet's concern for epileptic cat will melt your heart
Want to protect your kids from obesity and allergies?
Next on Health24
Your furry friend's 'kisses' may contain deadly superbugs