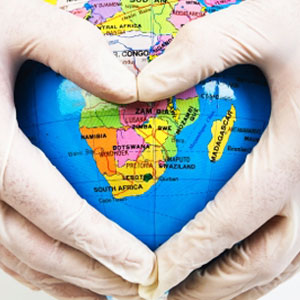 iStock
Most South Africans are oblivious to the existence, and health benefits, of probiotics and prebiotics – despite exposure to these topics, according to a study conducted by the Cape Peninsula University of Technology.

The study looked at pro- and prebiotic awareness and understanding among consumers purchasing yoghurt at large retail food stores in Pretoria.

It has been shown that probiotics can alleviate lactose intolerance, potentially improve immune status, and reduce blood lipid levels and blood pressure.

The aim of the study was to determine consumer awareness and understanding of the terms “probiotics”, “prebiotics” and “AB cultures”.

“Probiotics” were simplistically defined as microorganisms that have beneficial health and microbial effects; “AB cultures” as health-promoting bacteria; and “prebiotics” as food components or ingredients that promote the growth of beneficial bacteria.

According to Irma Venter, who presented a talk on the research at the recent 21st Biennial Nutrition Congress of the Nutrition Society of South Africa, the data for the study was obtained through a quantitative descriptive survey using a pre-tested, self-administered questionnaire.

The participant sample of 300 was predominantly female, 18-39 years of age, Afrikaans speaking and users of dietary supplements.

The study showed that a mere 14% of participants had heard of probiotics, that 27% had heard of AB cultures, and that only 3% were familiar with the concept of prebiotics.

Yoghurt was the food product predominantly associated with probiotics by the participants aware of the term. These participants’ major source of probiotic information was the printed media, followed by family, friends and colleagues.

Approximately 11% of the participants could provide a description for probiotics, of which about half gave an accurate description.

The largest segment of the functional foods market in Japan, Europe and Australia comprises foods containing pro- and prebiotics.

In the US, positive press coverage of probiotics contributed to increased consumer awareness.

According to Venter, “consumer awareness is a key factor for market penetration and growth of new products.”

We live in a world where facts and fiction get blurred
In times of uncertainty you need journalism you can trust. For only R75 per month, you have access to a world of in-depth analyses, investigative journalism, top opinions and a range of features. Journalism strengthens democracy. Invest in the future today.
Subscribe to News24
Next on Health24
Pre- and probiotics boost immunity