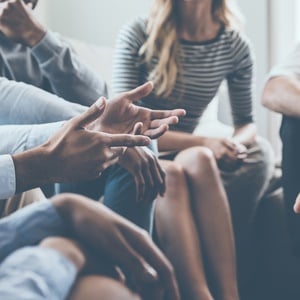 A study has shown that 13.3% of adult South Africans meet the criteria for a substance use disorder, including alcohol, at some time in their life.

Reflecting similar problems with substance abuse, a recent US study indicates that the longer patients receive treatment for addiction, the greater their chances of success.

The study included 72 people, with an average age of 30 years. The participants were being treated for a variety of addictions, including alcohol and drugs such as opioids, amphetamines and benzodiazepines.

The findings are important because most government and private health insurance programmes only reimburse patients for 30 days of addiction treatment, said study leader Dr Akikur Mohammad, of the University of Southern California, and colleagues.

Mohammad is a psychiatrist, an addiction medicine specialist and the founder and CEO of Inspire Malibu, a drug addiction treatment centre.

"Aftercare is crucial once an individual has completed drug or alcohol treatment and is in recovery. There is a continuity of care that should be followed once initial treatment is completed," Mohammad said.

"This usually involves a lower level of treatment, such as outpatient care and a sober living environment. Our study shows that the absence of such treatment after 30 days significantly reduces the chances of the patient maintaining their sobriety," Mohammad said in a university news release.

The study was published recently in the Open Journal of Psychiatry.

According to Africa Check, there has only been one nationally representative epidemiological study of alcohol, drug and psychiatric disorders, carried out between 2002 and 2004, mainly to diagnose mental disorders in adults.

The study showed that 13.3% of adult South Africans could be classified as suffering from substance use disorder at some stage in their life.

“Without alcohol, that figure dropped to around 4.5%,” Shaun Shelley, a research expert in the addiction division of the department of mental health and psychiatry at the University of Cape Town, told Africa Check.

We live in a world where facts and fiction get blurred
In times of uncertainty you need journalism you can trust. For 14 free days, you can have access to a world of in-depth analyses, investigative journalism, top opinions and a range of features. Journalism strengthens democracy. Invest in the future today. Thereafter you will be billed R75 per month. You can cancel anytime and if you cancel within 14 days you won't be billed.
Subscribe to News24
Related Links
Medical marijuana a risk for teen addiction
Mother Kelly Smith-Miller posts about her son Brayden's overdose on Facebook
Graphic images of "the deadliest drug in the world"
Next on Health24
Surge in drug-affected newborns in rural US