Lots of texting, emailing going on in college classrooms 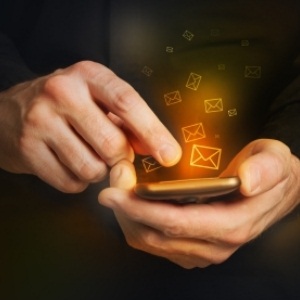 When they should be listening to their instructors, today's college students are instead using their phones or tablets 11 times per day while in class, a new study contends.

More than 80% of students in the US said they knew that such use of smartphones, tablets and laptops can interfere with their learning and more than a quarter said their grades suffer as a result, according to the survey of nearly 800 students at six universities in five states.

"I don't think students necessarily think it's problematic," study author Barney McCoy, an associate professor of broadcasting at the University of Nebraska, Lincoln, said in a university news release.

"They think it's part of their lives."

The study found that only 8% said they never used devices for non-classroom purposes while in class.

McCoy said he had been surprised to find that 79% of the students used their digital devices to check the time.

"That's a generational thing to me -- a lot of young people don't wear watches," he said.

Students said the most common disadvantages of using digital devices for non-educational purposes while in the classroom were not paying attention (90%), missing instruction (80%), being reprimanded by the instructor (32%) and losing grade points (more than 25% ).

The Nemours Foundation offers teens tips for going to college.

We live in a world where facts and fiction get blurred
In times of uncertainty you need journalism you can trust. For only R75 per month, you have access to a world of in-depth analyses, investigative journalism, top opinions and a range of features. Journalism strengthens democracy. Invest in the future today.
Subscribe to News24
Related Links
Healthy eyes on the digital world
Toddlers using smartphones
Next on Health24
If you don't date in your teens, you may be less depressed and have better social skills