Exercise may help you to remember things 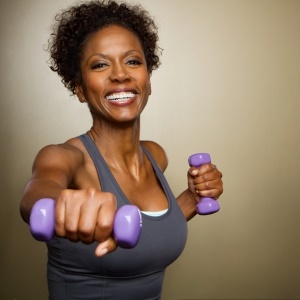 Exercising after you learn new things might help you remember them, a small study suggests.

But the workout has to be done within a specific time window, and it can't happen immediately after learning, Dutch researchers said.

Their study involved 72 people who learned a series of picture-location associations. The participants were then assigned to one of three groups: exercising immediately after the learning session; exercising four hours after learning, and not exercising at all.

The workout involved 35 minutes of interval training on an exercise bike at an intensity of up to 80 percent of the participants' maximum heart rates.

The study volunteers returned two days later to see how much they remembered from what they had learned. They also had an MRI.

Read: The real benefits of exercise

The study was published in the journal Current Biology.

"[Our findings show] that we can improve memory consolidation by doing sports after learning," researcher Guillen Fernandez said in a journal news release.

Fernandez is with the Donders Institute for Brain, Cognition and Behaviour at Radboud University Medical Centre in the Netherlands.

It's not clear how or why exercising a few hours after learning might help people retain new information.

Exercise as an intervention

"Our results suggest that appropriately timed physical exercise can improve long-term memory and highlight the potential of exercise as an intervention in educational and clinical settings," Fernandez and his colleagues said.

Could exercise make you smarter?

We live in a world where facts and fiction get blurred
In times of uncertainty you need journalism you can trust. For 14 free days, you can have access to a world of in-depth analyses, investigative journalism, top opinions and a range of features. Journalism strengthens democracy. Invest in the future today. Thereafter you will be billed R75 per month. You can cancel anytime and if you cancel within 14 days you won't be billed.
Subscribe to News24
Next on Health24
That lingering cough could be bronchitis