Facebook can make women feel bad about their bodies 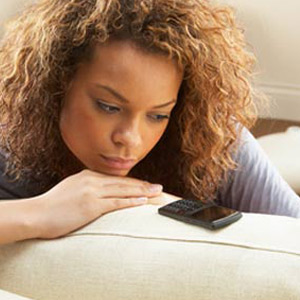 Too much time on Facebook may take a toll on a young woman's sense of self-esteem, particularly how she feels about her body, a new study suggests.

The study surveyed 881 female college students. They were asked questions about their Facebook use within the past month, including how often they visited the site, how long they typically spent there and what their favourite activities were.

One question, for example, asked the women, "When looking at someone else's photos on Facebook, how much attention do you pay to: 1) how they dress, and 2) their body?"

The women were also asked about their eating habits and body image, as well as their current weight, ideal weight and class rank.

The average weight of women in the study was 67 kg, but most wanted to weigh about 9 kgs less than that. On average, they pegged their ideal weight at around 59 kg.

Most spent about 80 minutes on Facebook every day. The most popular activities were reading the news feed and looking at photos, according to the study.

Spending more time on Facebook was linked to a significantly greater likelihood that a woman would feel bad about her own body, the study revealed. It also was tied to greater odds that she would compare herself to others.

That was especially true if she felt like she needed to lose weight, the researchers noted.

However, women who wanted to gain or maintain their weight did not feel bad about themselves after logging on to the social networking site.

While the study found an association between Facebook use and poor body image, it was not designed to prove a cause-and-effect relationship.

Presenting their ideal self

The research was to be presented at the International Communication Association annual conference, in Seattle. Research presented at meetings should be viewed as preliminary until published in a peer-reviewed medical journal.

"Women tend to present their ideal self on Facebook, not necessarily their actual, true self," said study author Petya Eckler, who is lecturer in journalism at the University of Strathclyde in Glasgow, Scotland.

Eckler said many people Photoshop their pictures before posting or they use an app like SkinneePix, which claims to shave pounds off a selfie.

Women who compare themselves to these idealised photos may come away feeling inferior, Eckler noted, adding that she worries that it could set vulnerable young women up for an eating disorder.

"Feeling negatively about yourself and increased body comparison is sort of the first step towards disordered eating. Not in everyone, but that's definitely one of the phases women go through," she said.

This study didn't find a link between full-blown eating disorders and Facebook use, but previous studies have identified some worrisome trends.

In a study published last year in the Journal of Affective Disorders, April Smith, an assistant professor of psychology at Miami University in Oxford, Ohio, and her team surveyed 232 college women and followed them for 30 days to see if their Facebook use influenced how they felt about their bodies.

Smith's study found that the frequency of certain kinds of behaviours on Facebook predicted whether the women engaged in binge-eating episodes a month later.

She said posting negative status updates like "Oh, I just bombed my psych test," or "I can't believe I just ate that whole bag of M&Ms" are ways of testing your friends to see how they'll respond.

The social comparison aspect comes in when women read other people's status updates and are influenced by those updates.

"For example, you see your friend is going to a party that you weren't invited to or got a job that you applied for, and those kinds of upward comparisons have the tendency to make you feel worse about yourself," Smith explained.

Another study found that women who have a tendency to "untag" themselves in photos they consider unflattering could also be suffering from poor body image. So-called "tags" are used to identify by name the people who appear in photos on Facebook.

We live in a world where facts and fiction get blurred
In times of uncertainty you need journalism you can trust. For 14 free days, you can have access to a world of in-depth analyses, investigative journalism, top opinions and a range of features. Journalism strengthens democracy. Invest in the future today. Thereafter you will be billed R75 per month. You can cancel anytime and if you cancel within 14 days you won't be billed.
Subscribe to News24
Related Links
Facebook saved me from my husband
Is Facebook turning you into a ‘slacktivist’?
Social media pics affect risky behaviour
Next on Health24
Study links menopausal night sweats to impaired thinking