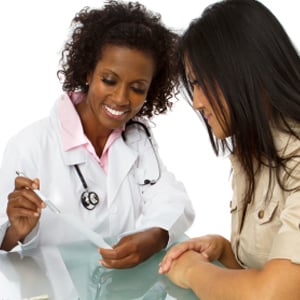 Some medical service providers in South Africa are charging more for services that are on the list of prescribed minimum benefits (PMBs).

This was the unequivocal finding of Christoff Raath, an actuary and CEO of the Health Monitor Company, who analysed data from a range of healthcare providers. He was speaking at the 14th annual conference of the Board of Healthcare Funders Southern Africa (BHF), that took place this week at the CTICC in Cape Town.

Raath looked at charges billed to medical schemes by general surgeons between January 2010 and July 2013 and found that "the spend per life per month on non-PMB services were almost linear", remaining constant in nominal terms throughout this period. Conversely, the costs for services which fell under PMBs increased at an alarming rate over the same time.

Raath further showed that four of the ten largest anaesthetist practices in South Africa are explicitly charging more for their services when surgery happens to be classified as a PMB.

“The increase in fees by specialists in the face of PMBs may be undesirable, but it is perfectly rational, given the incentives inherent in the system,” he said. “If you know that you will be guaranteed payment, no matter how much you charge, wouldn’t you charge more?”

According to Raath, PMB’s are “absolutely necessary” but he takes issue with the draconian way in which they are applied, as well as the lack of consultation about which medications and services should fall under this description.

“We don’t need a draft amendment bill to address PMBs,” he pointed out. “These are regulations. The last time we saw a consultative process on this issue was in 2009 with the PMB Code of Conduct. There hasn’t been any progress since then.”

In his presentation, Raath also turned his attention to the financial results of medical schemes since 2004.

If investments are not taken into account, the schemes posted a loss every year from 2005 to 2011, with a R1-billion surplus being recorded last year. Closer analysis showed that the bulk of the surplus was made by mainly two restricted schemes: GEMS and Polmed.

Analysis shows, however, that most medical schemes are effectively funded by the “worried healthy” or “worried wealthy” who are prepared to pay generously for their health security – perhaps because these consumers are not fully aware of their PMB and option selection entitlements.

We live in a world where facts and fiction get blurred
In times of uncertainty you need journalism you can trust. For 14 free days, you can have access to a world of in-depth analyses, investigative journalism, top opinions and a range of features. Journalism strengthens democracy. Invest in the future today. Thereafter you will be billed R75 per month. You can cancel anytime and if you cancel within 14 days you won't be billed.
Subscribe to News24
Next on Health24
3 things you need to know ahead of deciding on a medical scheme for the new year