Why do more and more Americans use medical marijuana? 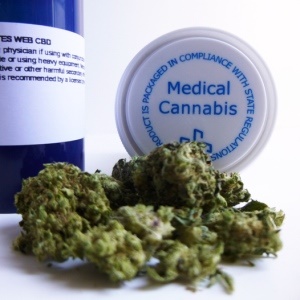 "We wanted to understand the reasons why people are using cannabis medically, and whether those reasons for use are evidence-based," said lead author Kevin Boehnke. He's an investigator at University of Michigan's Chronic Pain and Fatigue Research Center.

Boehnke and his colleagues examined data from a 2017 report by the National Academies of Sciences, Engineering and Medicine on medical use of marijuana (cannabis). That report found conclusive or substantial evidence that marijuana eased chronic pain, nausea and vomiting due to chemotherapy, and muscle spasms of multiple sclerosis.

Though the number of registered US medical marijuana patients rose from more than 641 000 in 2016 to nearly 814 000 in 2017, researchers said that's likely far lower than the actual number of users.

Of the license holders, 85.5% said they were seeking treatment for an evidence-based condition, with chronic pain accounting for 62% of qualifying conditions, according to the study.

Researchers said the finding is consistent with the prevalence of chronic pain, which affects an estimated 100 million Americans.

Brandian Smith, 37, of Pana, Illinois, qualified for her medical marijuana licence because she has fibromyalgia.

She told the Associated Press that on bad days, her muscles feel like they're being squeezed in a vice. She said she stopped taking opioid painkillers because marijuana works better for her. She spends about $300 (±R4 080) a month at her marijuana dispensary.

"Cannabis is the first thing I've found that actually makes the pain go away and not leave me so high that I can't enjoy my day," Smith told the AP.

As of 2018, medical marijuana use is legal in 33 states and the District of Columbia, while recreational use is legal in 10 states. The federal government still classifies marijuana as a drug, however, with no currently accepted medical use and a high potential for abuse.

This study provides support for legitimate evidence-based use of medical marijuana that challenges its current federal drug status, Boehnke said.

This is important because more Americans are seeking safer alternatives to opioids for pain relief.

"Since the majority of states in the US have legalised medical cannabis, we should consider how best to adequately regulate cannabis and safely incorporate cannabis into medical practice," Boehnke said in a University of Michigan news release.

The study was published in the journal Health Affairs.

We live in a world where facts and fiction get blurred
In times of uncertainty you need journalism you can trust. For only R75 per month, you have access to a world of in-depth analyses, investigative journalism, top opinions and a range of features. Journalism strengthens democracy. Invest in the future today.
Subscribe to News24
Related Links
Is this plant medical marijuana's competition?
Can sick kids benefit from dagga?
Medical marijuana appears safe for chronic pain
Next on Health24
Smoking pot? It could cost you your job