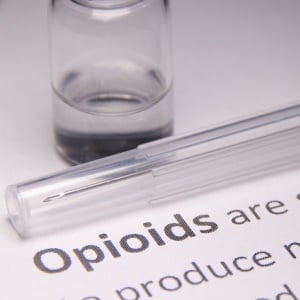 Some people might be getting high on their pets' medication.

To fight America's opioid epidemic, lawmakers and regulators have clamped down hard on doctors' prescribing practices.

But one avenue for obtaining prescription opioids appears to have been overlooked, according to a new study.

Veterinarians are prescribing large quantities of opioids to pets, raising concern that some people might be using Fido or Snuggles to feed their addiction.

Opioid prescriptions from the University of Pennsylvania's School of Veterinary Medicine rose 41% between 2007 and 2017, even though the annual number of visits increased by just 13%, researchers found.

"I think it would come as a surprise to everyone, the quantities," said senior author Dr Jeanmarie Perrone, director of medical toxicology at the University of Pennsylvania's Perelman School of Medicine.

Not just for pets

It's very likely at least some of these drugs wound up being used by humans, said Emily Feinstein, executive vice president of the Center on Addiction.

"There's a small percentage, I'm sure, of people in this data who are using their pets and an encounter with a veterinarian as a means of getting themselves opioids," Feinstein said.

The US opioid crisis led to roughly 50 000 overdose deaths in 2017, according to the US Centers for Disease Control and Prevention.

Americans now are more likely to die from an opioid overdose than from a car or motorcycle crash, a fall, drowning or choking on food, a report issued Tuesday by the National Safety Council concluded.

Perrone initiated her study after vet school colleagues complained that they'd been getting a lot of after-hours calls from patients about filling opioid prescriptions for pets. They asked her advice about how to handle these requests.

"Before I went to talk, I asked them to pull all of their opioid prescriptions so I'd have an idea how often they actually prescribed opioids," Perrone said. "To their shock and our shock, there were about 3 000 prescriptions a month."

Perrone thought back to when she'd had her own dog spayed, and the vet handed her a bag of supplies to care for her recovering canine. She went looking for that bag.

"I found a bottle of tramadol I was given when my dog got spayed four years ago. It was still in the cabinet with all the dog stuff," Perrone said.

The findings were published in the journal JAMA Network Open.

The opioid epidemic stems from a shift in medical philosophy, in which pain's role as a symptom to be treated became more prominent and the risks of opioid addiction were not fully appreciated, Feinstein said.

Beyond the risk of people "vet shopping" for drugs, Feinstein said the numbers suggest pet cabinets across the country might contain opioids ripe for misuse.

"If there is someone with an opioid use problem in your circle, those leftover pills can become a temptation if they're not safely locked up," she said.

Dr John de Jong, president of the American Veterinary Medical Association, said he hasn't seen any data to suggest that what was found in Pennsylvania is occurring elsewhere.

"First, this is a survey of veterinarians at a veterinary teaching hospital to which complex cases are referred and for which more extensive pain management is often needed," de Jong said. "It is inappropriate to extrapolate results from a practice like that to primary care practices across the country."

"The period of this study overlaps a period of significant growth in understanding pain and its impact on veterinary patients," he said. "It is reasonable to expect that as knowledge grows, so will efforts to address related concerns. So, it's very possible that this study doesn't reflect overprescribing, but instead reflects appropriate prescribing representing better pain management in veterinary patients."

At the same time, vets are starting to keep a closer eye on their opioid prescriptions, de Jong added.

"There appear to have been few confirmed cases of owners deliberately injuring their pets to obtain opioids," he said. "We have heard more veterinarians share that they suspect some pet owners may be using their pet's medications and asking for refills in advance of when those should be needed, or that they've lost or spilled medications, but this is anecdotal."

These results suggest vets need to be urged as strongly as other doctors to prescribe opioids with care, said Dr Harshal Kirane, director of addiction services at Staten Island University Hospital in New York.

"Our national response to the opioid epidemic should leave no stone unturned," Kirane said. "This work highlights that contemporary veterinary medicine uses a significant volume of opioid medications, yet lacks a systematic framework for safe opioid-prescribing practices. While the apparent scale of opioid medication management in animals is drastically smaller in comparison to humans, it still represents a powerful opportunity for practice improvement."

In the meantime, pet owners should secure any opioids prescribed for their animals, and dispose of the drugs safely when they're no longer needed, said Dr Scott Krakower, assistant unit chief of psychiatry at Zucker Hillside Hospital in Glen Oaks, New York.

"I feel like sometimes you don't even think of it. It may slip your mind that the medication is there in the cabinet," Krakower said. "Sometimes it's not clearly marked as a human medication may be."

We live in a world where facts and fiction get blurred
In times of uncertainty you need journalism you can trust. For 14 free days, you can have access to a world of in-depth analyses, investigative journalism, top opinions and a range of features. Journalism strengthens democracy. Invest in the future today. Thereafter you will be billed R75 per month. You can cancel anytime and if you cancel within 14 days you won't be billed.
Subscribe to News24
Related Links
Surgery may trigger opioid abuse in teens and young adults
When is it safe to take opioids?
The reason why opioids are so addictive
Next on Health24
Alzheimer's-like brain degeneration found in heroin addicts potential key for future treatments