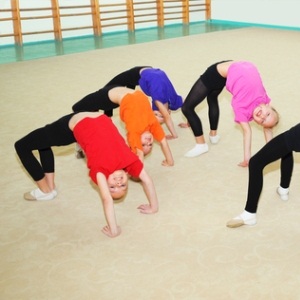 Children doing exercise from Shutterstock
A new study from Michigan State University and University of Vermont researchers shows that offering daily before-school, aerobic activities to younger at-risk children could help in reducing the symptoms of ADHD in the classroom and at home.

Signs can include inattentiveness, moodiness and difficulty getting along with others.

The study can be found in the Journal of Abnormal Child Psychology.

“Early studies suggest that physical activity can have a positive effect on children who suffer from ADHD,” said Alan Smith, chairperson of MSU’s Department of Kinesiology, who conducted the research along with lead author Betsy Hoza, a psychologist from the University of Vermont.

Previous MSU research has shown improved brain function and better math and reading skills in elementary students who were exposed to a bout of physical activity. Yet, it’s not as widely known how consistent exercise might improve the broad range of symptoms and impairments associated with the disorder.

Over a 12-week period, Smith and Hoza studied about 200 early elementary school students ranging from kindergarten to second grade that either exhibited signs of ADHD or didn’t. During the trial, students were randomly selected to participate in a group that completed moderate to vigorous physical activity each day before school, or a group that completed more sedentary classroom-type activities.

“Although our findings indicated that all participants showed improvements, children with ADHD risk receiving exercise benefited across a broader range of outcomes than those receiving the sedentary activities,” Smith said.

Read: The ABC of ADHD

Smith indicated that further studies are needed to better understand the frequency and amount of physical activity that can provide benefits to children and added that the effects of exercise may be different based on a child’s age.

“Despite the number of remaining questions, physical activity appears to be a promising intervention method for ADHD with well-known benefits to health overall,” he said. “This gives schools one more good reason to incorporate physical activity into the school day.”

See breaking news and the hottest health tips before anybody else by joining South Africa’s biggest and best health community, like health24 on Facebook now!
We live in a world where facts and fiction get blurred
In times of uncertainty you need journalism you can trust. For 14 free days, you can have access to a world of in-depth analyses, investigative journalism, top opinions and a range of features. Journalism strengthens democracy. Invest in the future today. Thereafter you will be billed R75 per month. You can cancel anytime and if you cancel within 14 days you won't be billed.
Subscribe to News24
Next on Health24
Ambitious parents put ADHD kids on meds so they perform better