Attention deficit hyperactivity disorder (ADHD) usually starts in early childhood before the age of five. Although it may be outgrown, it can carry on through all the stages of development, and even into adulthood.

According to a 2006 article, ADHD persists into adulthood in approximately 10 to 60 percent of individuals diagnosed in childhood, “and has global effects on their daily lives, affecting social, occupational, and relational functioning”.

Although some infants are irritable, overactive and difficult to calm down, ADHD is not diagnosed at that age. Overactive and temperamental infants are however more likely to develop into “difficult” prescoolers.

It can be difficult to decide where “normal” behaviour ends and hyperactivity begins. For example, when is inattentiveness regarded as attention deficit? At what point does behaviour become “over the top”? Some children may just be immature or struggle with language acquisition, which may cause them to act out. The majority of these children will show improvement as they mature.

Parents of pre-schoolers with “genuine” ADHD often find themselves exhausted by the process of rearing their child and find that the usual discipline structures are ineffective. They end up being unable to control their child. Preschool teachers are equally frustrated when these children become aggressive and disruptive, and parents often struggle to find a school that is able to handle their kid’s problems. 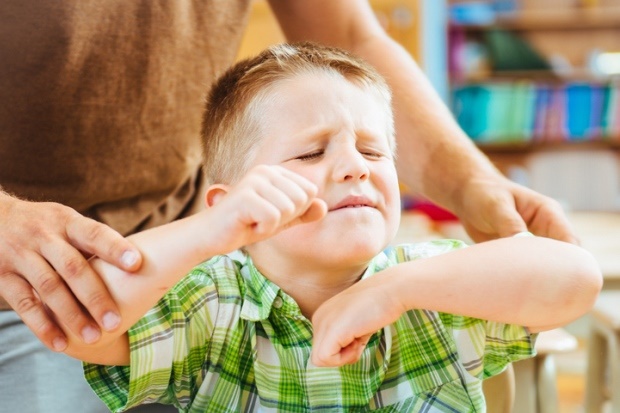 By the age of nine or 10 many children with ADHD will have been identified. If all three characteristics (hyperactivity, inattention and impulsivity) are present, the results will most likely be chaotic both at home and at school.

Apart from constant stress at home, lack of achievement at school can lead to low self-esteem and even depression.

Children who only have the inattentive kind of ADHD may go unnoticed, while those with hyperactive-impulsive ADHD are more likely to be referred for an assessment, leading to diagnosis and treatment. Treatment may consist of different medications, various kinds of therapy, and behaviour management by teachers and parents.

It is essential that parents, healthcare professionals and teachers communicate with each other to ensure that the child’s needs are addressed appropriately and effectively. Up to 80 percent of children diagnosed with ADHD in middle childhood will continue to display overactivity, inattention and impulsivity on to adolescence. Studies find that teens with ADHD struggle with higher rates of disruptive and non-disruptive problems, including substance abuse, anxiety, depression, oppositional behaviour and academic failure.

High school places even more stress on ADHD students. There are more activities and responsibilities and less supervision by teachers and parents.

At home there is likely to be more conflict between ADHD teenagers and parents. Additional problems like substance abuse, delinquency, learning difficulties and other causes of stress in the family only make matters worse.

Teenagers may also be unwilling to accept responsibility for their problem and subsequent behaviour and may be reluctant to take prescribed medication and submit to other treatments like counselling and academic assistance. Adulthood ADHD into adulthood is being increasingly recognised, but studies are rare and at this stage there are more questions than answers.

Adults with a diagnosis of ADHD tend to struggle more than the average population with higher education and at work, unless it is a job that is fast-paced and involves risk-taking and an “outgoing style of communication” – characteristics that match the ADHD personality.

ADHD may cause problems in an adult social situation like the “give and take” of conversation. ADHD has a high heritability, and parents with ADHD have an above average chance of having children with the same problem. This is a “double whammy” because these parents end up having to manage their own symptoms as well as those of their children. Treatment of ADHD symptoms may lead to better parenting, but can also cause high stress levels, leading to the eventual disintegration of the family unit.

We live in a world where facts and fiction get blurred
In times of uncertainty you need journalism you can trust. For 14 free days, you can have access to a world of in-depth analyses, investigative journalism, top opinions and a range of features. Journalism strengthens democracy. Invest in the future today. Thereafter you will be billed R75 per month. You can cancel anytime and if you cancel within 14 days you won't be billed.
Subscribe to News24
Related Links
Adult ADHD: Don’t be impulsive
ADHD diagnosis in preschoolers levelling off
7 myths about ADHD debunked
Next on Health24
5 ways to help your partner cope with ADHD