7 'back to school' health tips It's back to school time and in between getting the right stationary and making sure your child is ready for a new year, parents often forget about the health issues children face.

We take a look at seven relevant health articles:

1. Coughs – when to keep kids home from school

If your child is coughing or has another infection you may be unsure how sick they really are and whether or not they are contagious. Trying to determine whether to keep a child home from school due to illness can be difficult for parents, but a paediatrician offers some advice on how to make that call. 2. Beyond Ritalin for Attention Deficit-Hyperactivity Disorder

Attention deficit-hyperactivity disorder (ADHD) is a complex syndrome believed to affect between 8% and 12% of school-aged children worldwide. However, there's a school of thought – well argued by psychologist Richard DeGrandpre, author of Ritalin Nation – that the condition is over-diagnosed. And the current gold standard drug in terms of treatment – Ritalin (methylphenidate) – is controversial. 3. Kids may not be faking ailments to skip school

It's only a matter of time before parents have to deal with a child who doesn't feel well enough to go to school. There are many factors that can cause headaches in school kids, and if they complain about a headache, they probably aren't faking. Revulsion and alarm. These are the typical first reactions of parents whose children come home from school with head lice. But experts say parents shouldn't let panic upend their home needlessly as they race about trying to rid their kids – and possibly themselves – of the sesame seed-sized parasites. 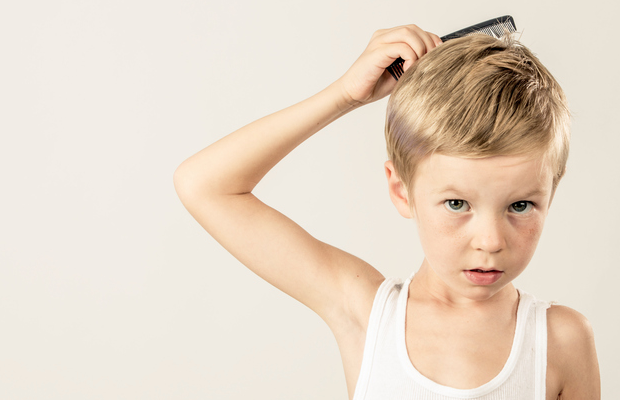 A new study by researchers from the South African Rugby Union and the University of Cape Town shows that while South African school rugby players suffer concussions more often than their professional counterparts, the rate of incidence of such sports injuries is similar to that observed in other countries. 6. Headaches in children and adolescents

Children’s headaches rarely indicate a serious problem. Emotional tension is the most common cause of headaches during childhood and adolescence. Stress may result if a child feels excessive pressure to participate in or excel at home or school activities. Tension headaches are common in teenagers and are generally caused by stress related to school performance and peer relationships. The "choking game" is the practice of applying strong pressure against the carotid arteries lining either side of the neck. About four percent of US teens surveyed admit to trying the "choking game" – a potentially deadly game. How colds and flu can trigger a stroke in your child

When ringworm causes hair loss in your child

We live in a world where facts and fiction get blurred
In times of uncertainty you need journalism you can trust. For only R75 per month, you have access to a world of in-depth analyses, investigative journalism, top opinions and a range of features. Journalism strengthens democracy. Invest in the future today.
Subscribe to News24
Related Links
Autism-linked genes may differ among siblings
Does my child have ADHD?
Next on Health24
Health Tip – Managing ADHD in adults