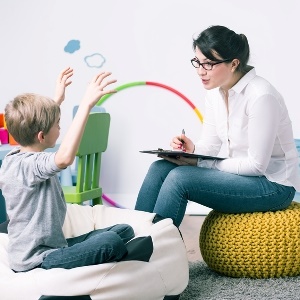 Family doctors and paediatricians are often the sole source of a child's mental health care, particularly for kids suffering from attention-deficit/hyperactivity disorder (ADHD).

More than one-third of US kids receiving care for a mental health problem are treated by their primary care physician alone, without the involvement of a psychiatrist, psychologist or social worker, according to a new study.

And four out of 10 children with ADHD are treated by a primary care physician without any collaboration with a mental health professional.

Primary care physicians also appear more likely than psychiatrists to prescribe medications to treat kids with ADHD, according to the study published online in the journal Paediatrics.

Children with ADHD usually have trouble paying attention and controlling impulsive behaviours. Depending on the child's age, medication and/or behaviour therapy are recommended ADHD treatments.

The laws of supply and demand are requiring family doctors and paediatricians to care for these children, said study senior author Dr Jeanne Van Cleave, an assistant professor of paediatrics at Harvard Medical School in Boston.

"There just aren't enough child psychiatrists in the United States to treat every child with a mental health condition," Van Cleave said. "Given that, any efforts to improve the quality of mental health care for children would be wise or appropriate to focus on improvements in primary health care, since that is where a lot of that care is happening."

About 11 percent of US kids between 4 and 17 years old – an estimated 6.4 million children – have been diagnosed with ADHD, according to the US Centres for Disease Control and Prevention.

But only about 8,000 child psychiatrists practise in the United States, and perhaps another 600 developmental-behavioural paediatricians, said Dr Mark Wolraich, director of the Child Study Centre at the Oklahoma University Health Sciences Centre in Oklahoma City.

"There isn't any way that all of those individuals [with ADHD] are going to be able to see a child psychiatrist," Wolraich said.

For their study, the researchers analysed data from the Medical Expenditure Panel Survey, an ongoing federal survey designed to assess the cost and use of health care in America. They specifically looked at children who'd visited a doctor for a mental health condition.

The investigators found that 35 percent of children saw only their family doctor or paediatrician, while another 10 percent received care from both their primary care provider and a psychiatrist, psychologist or social worker.

Read: Most teens who abuse ADHD meds get them from others

Overall, primary care providers saw more children with ADHD than did mental health providers, caring for a solid 42 percent of kids diagnosed with the disorder. On the other hand, they saw fewer children with anxiety or other mood disorders, the researchers found.

And nearly three-quarters of ADHD children being treated by a primary care doctor were prescribed medication, compared with 61 percent of those receiving care from a psychiatrist, the study authors said.

"This finding likely reflects the fact that the American Academy of Paediatrics has urged primary care paediatricians to take an active role in the treatment of ADHD, and that clinical guidelines for paediatricians recommend that medication should be considered a first-line treatment for all youth with ADHD that are 6 years of age and older," said Dr Andrew Adesman, chief of developmental and behavioural paediatrics at Cohen Children's Medical Centre of New York in New Hyde Park, New York.

Kids also would be better served if paediatricians had regular contact with paediatric mental health experts, from whom they could receive guidance, Van Cleave suggested.

"Training is one component, but the supports around caring for children with mental health conditions also are important," Van Cleave said. "When primary care doctors have a question, they should be able to access experts for advice."

We live in a world where facts and fiction get blurred
In times of uncertainty you need journalism you can trust. For only R75 per month, you have access to a world of in-depth analyses, investigative journalism, top opinions and a range of features. Journalism strengthens democracy. Invest in the future today.
Subscribe to News24
Related Links
Does my child have ADHD?
Paracetamol during pregnancy tied to ADHD risk in kids
Do ADHD meds increase substance abuse risk?
Next on Health24
Meds may curb risky behaviours in kids with ADHD