Is your child's 'penicillin allergy' real? 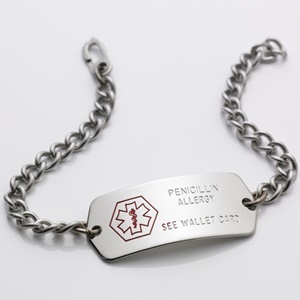 Many children are misdiagnosed with penicillin allergy.
iStock

True penicillin allergy is rare with the estimated frequency of anaphylaxis at only 1–5 per 10 000 cases of penicillin therapy. Hypersensitivity reactions are in fact the major problem in the use of penicillin.

Some children may be having a true allergic reaction, but it could be caused by something else instead of the inexpensive, first-line antibiotic penicillin, new research indicates.

The findings – which echo similar research earlier this year in adults – mean many patients are instead prescribed more expensive broad-spectrum antibiotics, experts said. These alternatives can come with greater side effects and contribute to a rise in antibiotic-resistant infections.

According to a previous report in the Current Allergy & Clinical Immunology, many children with the label of penicillin allergy can safely take the drug without fear of an allergic reaction.

The study was published online in the journal Pediatrics.

Unnecessary use of less effective antibiotics

"It's important to question this because it leads to a substantial increase in costs, for both families and the health care system, when we have to switch to a more broad-spectrum antibiotic," said study author Dr David Vyles. He's an attending paediatric emergency medicine physician at Medical College of Wisconsin in Milwaukee.

"We think many cases aren't a true allergic reaction," he added. "It substantially limits the type of antibiotics that can be prescribed."

More than 266 million courses of antibiotics were dispensed to outpatients in US pharmacies in 2014, according to the US Centers for Disease Control and Prevention. This equates to more than five prescriptions written each year for every six people.

Statistics reflecting the number of antibiotic courses dispensed in South Africa are not available.

Vyles and his team analysed questionnaires from nearly 600 parents of children aged four to 18 that described their child's reported allergy symptoms. The families came to an urban paediatric emergency department over a span of 19 months.

Not a new concept

Health24 reported that viral infections could also be misdiagnosed and in some cases, patients simply don't remember their experience correctly.

Just over 300 of the children had previously experienced low-risk symptoms for penicillin allergy, including rash, vomiting or diarrhoea, according to parents.

Of those, 100 children were tested for penicillin allergy using a standard, three-part testing process. This includes a skin test; an injection with a tiny amount of penicillin; and an "oral challenge" in which the child swallows a dose of penicillin under close medical supervision.

All 100 children tested were found not to be allergic to penicillin and had the designation removed from their medical record, the researchers said.

"During my paediatric residency and fellowship, we constantly saw families reporting a penicillin allergy and were questioning the validity" of the claim, Vyles said. Two of his three young children have also been wrongly identified as allergic to the drug, he noted.

Vyles and another expert said many parents notice that their children have a rash around the same time they're prescribed penicillin. But the rash is likely due to an infection, not the drug. 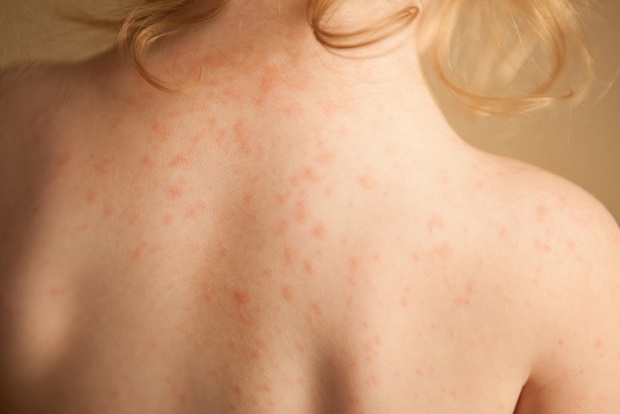 "Many infections are associated with a rash, and if a child is given an antibiotic for this illness or some other reason, the rash can be falsely attributed to a penicillin allergy," explained Dr Stephen Eppes. He's vice chair of paediatrics and director of paediatric infectious diseases at Christiana Care Health System in Wilmington, Delaware.

Eppes, who wasn't involved in the new research, said up to 10% of people are either told or believe they're allergic to penicillin. But when they're tested for the allergy, more than 90% of them are not actually allergic to the drug.

"Either the diagnosis of penicillin allergy was inaccurate to start with, or they had a hypersensitivity to it that went away over time," he said. "I think the former is more common – meaning people think they had a reaction that's not truly an allergy."

Another misconception is that penicillin allergy is hereditary, Eppes noted, so some parents who are allergic to the drug assume their children are as well.

And since the three-pronged standard testing for penicillin allergy takes about three hours to complete, many are unwilling to go through with it, the doctors said.

In a continued study based on the new findings, Vyles said he plans to proceed directly to the "oral challenge" in children identified as low risk for penicillin allergy while still being treated in the hospital emergency department.

20% of parents do not check kids' allergy meds expiration date

We live in a world where facts and fiction get blurred
In times of uncertainty you need journalism you can trust. For 14 free days, you can have access to a world of in-depth analyses, investigative journalism, top opinions and a range of features. Journalism strengthens democracy. Invest in the future today. Thereafter you will be billed R75 per month. You can cancel anytime and if you cancel within 14 days you won't be billed.
Subscribe to News24
Related Links
Toothache? Neanderthals might also have used aspirin
SA running out of penicillin
Allergies on the rise in SA, expert warns
Next on Health24
20% of parents do not check kids' allergy meds expiration date