'I nearly died at an Adele concert’ 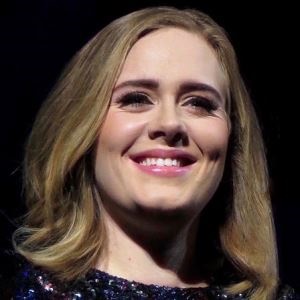 An Australian woman nearly died after inhaling latex at an Adele concert.

When Australian Dr Pooja Newman went to an Adele concert earlier this year, she never thought that it would almost end her life.

No, she didn’t faint because of the singer’s beautiful voice, or suffered heart problems because of the soulful tunes. The culprit was the hundreds of balloons covered in latex powder that were released into the crowd.

Dr Newman, who has a latex allergy, felt her lips swelling and couldn’t breathe. She knew she was going into anaphylactic shock and that she was in deep trouble.

She also knew she needed epinephrine, but when three EpiPen doses didn't significantly reduce her symptoms, she was rushed to the intensive care unit of a local hospital.

Dr Newman recovered, but if she hadn’t had epinephrine, the outcome might have been tragic. After her recovery, she launched a non-profit organisation called "Globalaai" to address the issue of latex allergy. "It made me realise that much more needed to be done to increase social awareness and safety for anapylaxis," she told ABC.

Millions of people worldwide are affected by allergies. An allergy causes sickness and/or discomfort after coming into contact with a substance (allergen) that is harmless to most other people.

People often believe they are allergic to something when, in fact, they only have a “sensitivity”. The difference is that in the case of a true allergy there is an immune system reaction that can range from mild to life-threatening (anaphylactic shock).

Latex allergy occurs when the body's immune system overreacts to proteins found in natural rubber. These protein allergens are most often found in certain types of rubber gloves and latex condoms.

Latex allergies aren’t only triggered by touch and in sensitive people, inhaling the fine latex powder that coats gloves and balloons, can cause a reaction. It is thus understandable why Dr Newman suffered such a severe reaction.

Only a small percentage of the population is allergic to latex, but the number is higher among medical personnel because of their constant exposure to latex products like gloves.

The signs of an anaphylactic reaction

An anaphylactic response can begin within seconds or within the first 20 minutes after exposure (rapid or delayed). The faster the onset of the reaction, the greater the likelihood that it will be severe.

An untrained person will not be able to make a diagnosis, but according to a reviewed Health24 article severe anaphylactic reactions are usually associated with:

Epinephrine, delivered by means of e.g. an EpiPen, is the standard initial treatment for anaphylaxis. And even when there's doubt if the person is experiencing actual anaphylaxis, according to the American College of Allergy, Asthma, and Immunology (ACAAI) epinephrine should be administered.

Epinephrine (adrenaline) reverses the cardiovascular effects of an anaphylactic reaction and helps to dilate the airways. Ideally, an epinephrine injection should be given at the very beginning of a reaction.

The ACAAI emphasises that there is no substitute for epinephrine as the most important tool for combatting anaphylaxis and that antihistamines and corticosteroids should not be given instead of epinephrine because they don’t work fast enough.

It is therefore strongly recommended that epinephrine (e.g. an EpiPen) be carried with the allergic person at all times.

Although it can be a lifesaver, epinephrine cannot replace thorough assessment and treatment in a hospital. If symptoms persist after the initial injection, injections may be repeated every 10–20 minutes on the way to the hospital.

We live in a world where facts and fiction get blurred
In times of uncertainty you need journalism you can trust. For 14 free days, you can have access to a world of in-depth analyses, investigative journalism, top opinions and a range of features. Journalism strengthens democracy. Invest in the future today. Thereafter you will be billed R75 per month. You can cancel anytime and if you cancel within 14 days you won't be billed.
Subscribe to News24
Related Links
How to handle kids prone to allergic reactions
Schools need devices to treat anaphylaxis
Life-threatening allergy attacks
Next on Health24
THE REAL POLLEN COUNT: Slight relief for allergy sufferers in CT, but high counts persist