How to fight a mould allergy 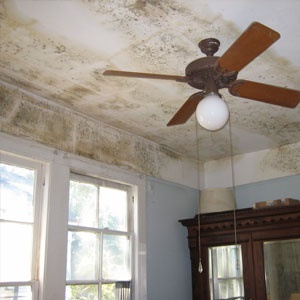 A house with mould against the walls. Source: Wikemedia Commons

The term  hay fever brings to mind pollen and ragweed allergies, but mould can be the sneaky culprit behind summer sneezing, sniffling and itchy eyes.

“Many allergy sufferers assume their symptoms are caused by pollen, when they’re actually allergic to mould,” says Dr James L. Sublett, section chief of the pediatric allergy department at the University of Louisville School of Medicine, in Louisville, Kentucky in the USA

Millions of people suffer from allergic rhinitis (hay fever), and mould is one of several triggers especially in summertime.

Mould allergy symptoms peak in summer; as humidity rises, the fungi, which flourish in damp, warm conditions, grow on dead grass and leaves, straw and other plants.

Once they’ve set up camp in an adequately damp spot, they reproduce by sending spores (or tiny seeds) into the air.

Inhaling these particles triggers a reaction in those who are allergic to mould.

“Mould spores can deposit on the lining of the nose and cause hay fever symptoms.

They also can reach the lungs, which can cause asthma or another serious illness called allergic bronchopulmonary aspergillosis,” says Angel Waldron, spokesperson for the Asthma and Allergy Foundation of America.

So how do you know if you suffer from a mould allergy?

Pesky allergy symptoms are a good indicator, but an allergist can confirm the source with a skin test, pricking the skin with extracts of different types of fungi to identify an allergic reaction.

Such medications as antihistamines and decongestants can help ease symptoms from mold. But the only surefire route to relief is avoiding mold both inside and outside your home.

Mould is an unwelcome houseguest, and it’s hard to send the fungi packing. It lurks in rooms where humidity levels are high (the basement, kitchen and bathrooms), and it can grow on anything from houseplants to old newspapers.

Luckily, our targeted plan of attack will help you get rid of the fungi for good.

It’s more of a challenge to eradicate mould outside your home, where it thrives on dead grass, dead leaves, straw and other plants. These five strategies will keep the fungi under control in your great outdoors.

We live in a world where facts and fiction get blurred
In times of uncertainty you need journalism you can trust. For only R75 per month, you have access to a world of in-depth analyses, investigative journalism, top opinions and a range of features. Journalism strengthens democracy. Invest in the future today.
Subscribe to News24
Related Links
Is that mould in your home toxic?
Dangers that lurk in your fridge
Next on Health24
A sneeze could be deadly