Adolescent females at higher risk of anaemia after blood donation 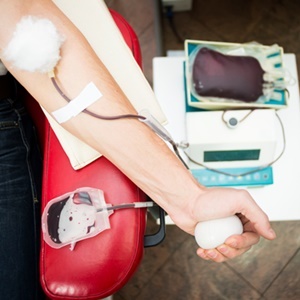 A recent study by Johns Hopkins researchers found that female adolescent blood donors are more likely to have lower iron levels, which could lead to iron deficiency anaemia.

According to the research, numerous studies have shown that younger age, female gender and increased frequency of blood donation are all associated with lower serum ferritin levels (an indication of total body iron levels) in blood donor populations.

While iron deficiency anaemia can be treated, it can have a negative outcome on the developing brains of young females, the study authors say.

“Although blood donation is a largely safe procedure, adolescents are at a higher risk for acute, adverse donation-relation problems, such as injuries from fainting during donations,” according to study leaders Eshan Patel and Aaron Tobian.

The reason for this increased risk is the fact that adolescents have typically lower blood volumes but still donate a standard amount of blood, which can remove about 200 to 250mg of iron from the donor.

That, coupled with menstruation, puts teenage females at higher risk.

According to a report in the Siasat Daily, the researchers analysed data from the National Health and Nutrition Examination Survey, which is a study designed to assess the health and nutritional status of adults and children in the US. The study collected blood samples and questions from the study samples over a period of twelve months.

According to the study authors, the purpose of the research was to highlight the vulnerability of these adolescent donors in terms of the problems that iron deficiency could cause in their development.

While the study made use of US data, South African guidelines can also be considered broad.

Blood banks often visit schools, where adolescents are encouraged to donate blood. According to the South African National Blood Service (SANBS), the requirements for donation are a minimum age of 16, a minimum weight of 50kg and haemoglobin levels of 12.5 g/dL or above.

They make use of screening to ensure that donors' haemoglobin levels are within a safe range and are able to refuse a donation due to medical risk at their discretion. If someone is deferred, it will be in that individual's best interests.

Blood donation is important and people shouldn’t be put off by the above study. It is, however, vital to ensure that donors' iron levels are sufficient and you should ask for more information if:

If you are an adolescent blood donor

Blood donation is important and blood banks regularly experience shortages. However, if you are an adolescent who donates blood, you should monitor your overall health carefully to ensure that your iron levels stay normal, even though your haemoglobin levels will be screened.

Be careful if you:

We live in a world where facts and fiction get blurred
In times of uncertainty you need journalism you can trust. For only R75 per month, you have access to a world of in-depth analyses, investigative journalism, top opinions and a range of features. Journalism strengthens democracy. Invest in the future today.
Subscribe to News24
Related Links
Your FAQs about anaemia answered
Vitamin B12 and anaemia – what you should know
Consuming more of this leafy-green vegetable can combat fatigue
Next on Health24
UCT professor’s research offers hope of treatment for sickle cell anaemia