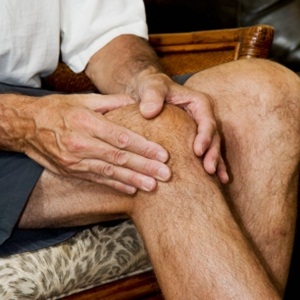 These factors may include the following:

Disturbed sleep patterns may be a cause rather than only a symptom of fibromyalgia. Studies have shown that people with fibromyalgia have abnormally low levels of the hormone somatomedin C, believed to be essential in rebuilding tissues.

Somatomedin C is secreted during the deep restorative stage of sleep, which is often disturbed in fibromyalgia. There is a reduction in stage 4 sleep, with relative reduction in dream phase sleep. People wake up feeling unrested.

Studies indicate that people with fibromyalgia have abnormal levels of the neurotransmitter serotonin (associated with depression, migraines and gastrointestinal problems) and substance P (associated with pain, stress, anxiety and depression) in their central nervous system (brain and spinal cord).

Studies into the responses of the sympathetic nervous system (controls certain involuntary bodily functions and the release of pain-related chemicals epinephrine [adrenaline] and norepinephrine) in people with fibromyalgia report abnormalities such as reduced epinephrine responses to low blood sugar levels and exercise, decreased responses to cold, and altered heart rate and blood pressure responses.

These abnormalities may result in a lower pain threshold, or a heightened perception of pain.

Injury to the upper spinal region appears to trigger the development of fibromyalgia in some people. Many people with fibromyalgia report that they began experiencing symptoms after a traumatic event, such as a car accident or fall.

Fibromyalgia may be triggered by a viral or bacterial infection, although no such agent has yet been identified.

For example, tenderness in certain areas may be associated with changes in muscle metabolism, such as decreased blood flow, causing fatigue and weakness.

Stressful life events may trigger fibromyalgia, or worsen its symptoms. Clinical depression and anxiety precede or accompany fibromyalgia in many cases, and may also contribute to its development. However, fibromyalgia is not simply stress and depression alone. It is a real problem.

Certain families appear to be significantly more susceptible to fibromyalgia.

Who gets it and who is at risk?

• Gender and age. Fibromyalgia occurs more commonly in women of childbearing or middle age, although any age and both sexes can be affected. The condition is estimated to occur about seven times more frequently in women than in men: approximately 80 percent of people affected are female. 20 percent are male.

• Family history. You may be more likely to develop fibromyalgia if a relative has the condition.

• Disturbed sleep patterns. It is unclear whether sleep disturbances are a cause or result of fibromyalgia, but people with certain sleep disorders can also develop fibromyalgia.

• Other conditions. Other chronic musculoskeletal disorders, such as rheumatoid arthritis, may increase the risk for developing fibromyalgia.

We live in a world where facts and fiction get blurred
In times of uncertainty you need journalism you can trust. For only R75 per month, you have access to a world of in-depth analyses, investigative journalism, top opinions and a range of features. Journalism strengthens democracy. Invest in the future today.
Subscribe to News24
Related Links
Fibromyalgia - who gets it?
High intensity training may help for arthritis pain
Arthritis takes its toll on work and social life
Next on Health24
Signs and symptoms of fibromyalgia