Former president Zuma's son died from lupus complications, but what is it? 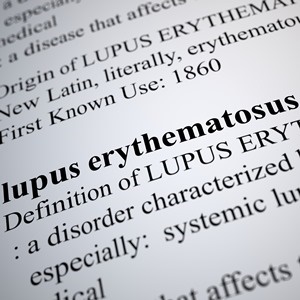 Jacob Zuma's son, Vusi, dies from lupus complications, but what is this disease?

A family representative confirmed the cause of death of former president Jacob Zuma's son Vusi Nhlakanipho Zuma was related to complications from lupus. He died on 1 July 2018.

The condition, formally known as systematic lupus erythematosus, is characterised by chronic inflammation.

It causes the body's defence system to attack its own tissue and organs, such as the skin, kidneys, lungs and the brain, potentially leading to organ failure.

While lupus can affect anyone, it is believed to affect women more than men and, according to Lupus Research Alliance, women of colour are even more likely to be diagnosed with the illness.

There isn't a definite answer to how someone develops lupus, but researchers have looked into various factors in an attempt to answer the question of what actually causes it?

The Resource Centre on Lupus says that there is a combination of factors which may cause lupus to develop and this includes hormones, genetics and your environment.

Symptoms of lupus include:

Health24 has documented an extensive list of common and less common symptoms associated with the disease.

There is no cure for lupus, but specialists will prescribe medication to combat the symptoms.

Several celebrities have been diagnosed with the disease, including Toni Braxton, Seal and Selena Gomez, who recently had a kidney transplant – her close friend, Francia Raisa, was her donor.

We live in a world where facts and fiction get blurred
In times of uncertainty you need journalism you can trust. For only R75 per month, you have access to a world of in-depth analyses, investigative journalism, top opinions and a range of features. Journalism strengthens democracy. Invest in the future today.
Subscribe to News24
Related Links
What having lupus means for Selena Gomez
Next on Health24
Lupus linked to heart disease