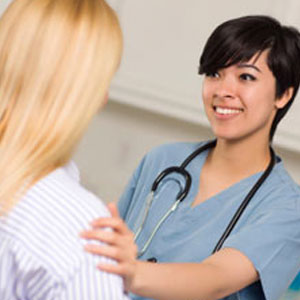 National data for England and Wales indicate that more than 2% of procedures typically have to be repeated within three years, primarily because of osteolysis (75% of cases).

Osteolysis occurs when particles from the implant seep into the surrounding tissue, prompting an inflammatory response which then destroys the bone around the implant.

The women's details had been entered into the primary care General Practice Research Database (GPRD), which holds millions of anonymised medical records for patients across the UK.

More than 21 000 eligible women who met the criteria had not used HRT, while more than 3500 had done so for at least six months, providing matched samples of 2700 HRT users and 8100 women who had not used HRT.

The risk of repeat surgery was tracked in both sets of women for a minimum of three years.

Regular use of HRT

Those who had taken HRT regularly for six months or more after their surgery were 38% less likely to require repeat surgery than were those who had not done so.

Furthermore, those who regularly took HRT for 12 months or more after their procedure were more than 50% less likely to need further surgery during the three year monitoring period.

Taking HRT before surgery, however, made no difference to the risk of implant failure, the findings showed.

The findings held true even after taking account of other influential factors, including use of drugs that can impair bone turnover.

Low levels of the female hormone oestrogen have been implicated in bone thinning and loss, while HRT is thought to help conserve bone thickness. But this is the first study to show that it can help prevent repeat surgery in women who have undergone hip/knee replacement, say the authors.

We live in a world where facts and fiction get blurred
In times of uncertainty you need journalism you can trust. For only R75 per month, you have access to a world of in-depth analyses, investigative journalism, top opinions and a range of features. Journalism strengthens democracy. Invest in the future today.
Subscribe to News24
Related Links
Knee replacement for those with rheumatoid arthritis
Joint replacement
HRT may lower heart risks
Next on Health24
Hip replacement boosts heart attack risk