Aspirin could protect the breasts 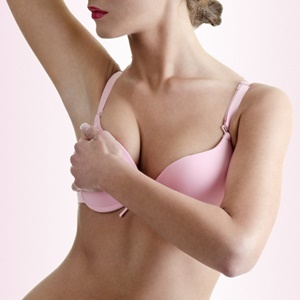 Nipple reconstruction can have a huge impact on the emotional-recovery process of mastectomy patients.
Aspirin, the wonder drug that can help prevent heart attacks and strokes, also appears to reduce women's chances of developing the most common type of breast cancer, a study found.

The authors of the study said that the findings are tantalising but that more research is needed before doctors can recommend that women take aspirin to ward off breast cancer.

The study appears in Wednesday's Journal of the American Medical Association and was led by researcher Mary Beth Terry and Dr Alfred Neugut of Columbia University.

A "landmark" study
Previous studies reached conflicting conclusions on whether there is a link between aspirin and breast cancer. This is the first study to examine whether aspirin might influence the growth of specific types of tumours, said Dr Raymond DuBois, director of cancer prevention at Vanderbilt University's Vanderbilt-Ingram Cancer Center.

The reduced risk was found for tumours whose growth is fuelled by the sex hormones oestrogen or progesterone. About 70 percent of women who develop breast cancer have this type of cancer, called hormone receptor-positive.

Aspirin's effect in study participants
Women in the study who used aspirin at least four times a week for at least three months were almost 30 percent less likely to develop hormone-fuelled breast cancer than women who used no aspirin. Aspirin had no effect on the risk of developing the other type of tumour, hormone receptor-negative.

Researchers suspect aspirin works by interfering with the body's production of oestrogen.

Similar studies have suggested that aspirin might reduce the risks of developing other kinds of cancer, including cancer of the pancreas, cancer of the ovaries and Hodgkin's disease.

Other factors at play?
But these studies could not say definitively whether other factors might explain the results. And like the new breast cancer research, many of these studies relied on people's recollections of how often they took aspirin.

However, a more rigorous study has linked the use of baby aspirin and a reduced risk of growths that can eventually turn into colon cancer. That study involved randomly assigning patients to take aspirin or dummy pills - the gold-standard research method.

The researchers in the breast cancer study stopped short of recommending women take aspirin, noting that it can cause side effects such as stomach bleeding.

How the study was conducted
The researchers analysed data on 1 442 breast cancer patients age 59 on average and a comparison group of 1 420 healthy women without the disease. The women were asked about their use of three pain relievers: aspirin, ibuprofen and acetaminophen.

The link with aspirin was strongest in women who took seven or more tablets a week and was greater in postmenopausal women than in younger women - which the researchers said makes sense, since hormone-fuelled tumours are more common in older women.

Ibuprofen, an anti-inflammatory drug, was used by fewer women in the study and the results were inconclusive. No reduced risk was found among users of acetaminophen.

Aspirin might lower oestrogen levels
Aspirin, unlike acetaminophen, blocks the action of an enzyme that produces inflammation-causing substances called prostaglandins, which in turn induce an enzyme crucial to the production of oestrogen, said co-researcher Dr Andrew Dannenberg of Weill Cornell Medical College. Aspirin might indirectly help lower levels of oestrogen in the breast, Dannenberg said.

"The thing that's interesting about that is the biology of the process, and what aspirin does makes sense," DuBois said.

We live in a world where facts and fiction get blurred
In times of uncertainty you need journalism you can trust. For only R75 per month, you have access to a world of in-depth analyses, investigative journalism, top opinions and a range of features. Journalism strengthens democracy. Invest in the future today.
Subscribe to News24
Next on Health24
Aspirin may cut leukaemia risk