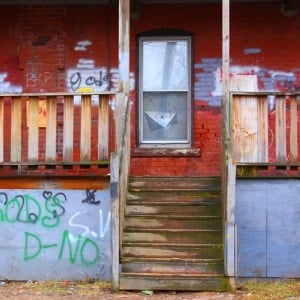 The study offers a snapshot of the lives of asthma patients living in inner-city Philadelphia, from the point of view of community health workers who visited them at home.

It's a bleak picture, and asthma experts called it "eye-opening".

The home visits revealed that most patients were unemployed and often lived in overcrowded homes in a state of disrepair: Major water leaks, mould, rodents and cockroaches – all potential asthma triggers – were common.

People were also frequently dealing with multiple medical conditions, such as diabetes and high blood pressure. And then there was the stress of daily living. Many faced neighbourhood violence, had no transportation or lacked family and friends to help them.

"You can see just how desperate these people are," said Dr Elina Jerschow, an associate professor in the allergy/immunology division at Albert Einstein College of Medicine in New York City.

Jerschow, who wasn't involved in the study, commended the researchers' effort. "They reached out to the patients who are least reachable, who don't come to the clinic, who have the fewest resources, and are the most vulnerable," she said.

But this study, she said, highlights an important fact: Coping with asthma goes well beyond health insurance and prescriptions.

"This study is truly eye-opening," Jerschow said. "We need to figure out how to better engage with our patients, including addressing the social issues."

How much can health care providers do?

For one, they can help connect low-income patients with social workers or local services that could help them, according to Dr Tyra Bryant-Stephens, who led the study.

Bryant-Stephens is medical director of the community asthma prevention programme at Children's Hospital of Philadelphia.

She said there's also a role for community health workers, like those who were involved in the study.

"They are there in the home," Bryant-Stephens said, "so having them is really important."

Community health workers are specially trained laypeople who help vulnerable patients manage chronic health conditions. When it comes to asthma, they might help people learn to use their inhalers, or set goals such as getting more exercise or quitting smoking, for example.

But for now, community health workers are not widely available across the United States, Bryant-Stephens said.

To her, the study throws a spotlight on issues that go beyond health care – particularly the difficulty poor Americans face in finding safe, livable housing.

"Poor housing is a health issue," Bryant-Stephens said. "You can't separate the two. I think the next big push in public health should focus on improving housing."

The study, which was published recently in the Journal of Allergy and Clinical Immunology, involved 301 adults with asthma.

All were living in impoverished Philadelphia neighbourhoods and had been prescribed an inhaled corticosteroid to control their asthma symptoms.

When community health workers visited the patients' homes, they found that many were living in conditions that made it difficult or "impossible" to manage their asthma.

According to their reports, people were commonly renting one room in a crowded house – often one that was infested with pests, or plagued by leaks and mould. In many cases, asthma patients either smoked or lived with smokers.

Many of the sickest patients were depressed, and often seemed to have few family members or friends to rely on.

Some descriptions from the health workers' reports paint a sobering picture:

Although the study was done in Philadelphia, both Bryant-Stephens and Jerschow had no doubt the same struggles are happening in poor urban neighbourhoods throughout the United States.

Jerschow agreed that community health workers could be part of the solution – in part because they can show patients that someone cares.

"They go to people's homes and let them know they're not alone," she said.

But ultimately, wider social efforts are needed, too, Bryant-Stephens said. "System-level changes have to happen to really improve people's health," she noted.

We live in a world where facts and fiction get blurred
In times of uncertainty you need journalism you can trust. For 14 free days, you can have access to a world of in-depth analyses, investigative journalism, top opinions and a range of features. Journalism strengthens democracy. Invest in the future today. Thereafter you will be billed R75 per month. You can cancel anytime and if you cancel within 14 days you won't be billed.
Subscribe to News24
Related Links
7 tips to avoid an asthma attack this Christmas
Insomnia has negative effect on asthma
How you can die from ‘thunderstorm asthma’
Next on Health24
Birth control pill could cut women's risk for asthma