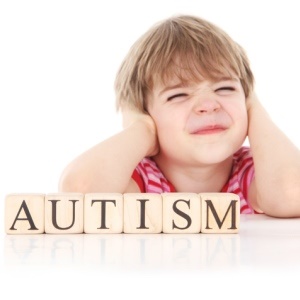 There are more boys with autism than girls.

Girls tend to be diagnosed with autism at an older age than boys, perhaps delaying essential treatment, a new study concludes.

That delay in diagnosis is a clinically important finding, said study author Eric Morrow, an associate professor of molecular biology, neuroscience and psychiatry at Brown University.

"The major treatment that has some efficacy in autism is early diagnosis and getting the children into intensive services, including behavioural therapy," Morrow said in a university news release. "So if we're identifying girls later, that may delay their treatments."

Language delays are often the first sign of autism noticed by parents and doctors, but girls in the study had more advanced language abilities than boys, the researchers said. That may have delayed their diagnosis.

The study included the first 1 000 participants in the Rhode Island Consortium for Autism Research and Treatment. On average, girls were diagnosed with autism nearly 1.5 years later than boys.

Early diagnosis of autism is important, agreed study author Stephen Sheinkopf, an associate professor of psychiatry and paediatrics at Brown.

"We need to think about how we can improve recognition of autism in individuals – including many of these girls – who don't have the same level of primary language delay but may have other difficulties in social communication, social play and adapting to the social world," he said.

"We must also rethink early interventions to make sure they're designed appropriately for children who might need assistance on more nuanced elements of social adaptation. We need to refine treatments so they cater to individual needs," Sheinkopf added.

The study also found that more than four times as many boys as girls have autism, and that people with autism often have other mental and physical conditions.

Nearly half the study participants had another neurodevelopmental disorder such as attention-deficit/hyperactivity disorder or intellectual disability. In addition, 44% had a psychiatric disorder, 43% had a neurological condition such as seizures/epilepsy, migraines or tics, and 93% had at least one general medical condition. Nearly one-third had other behavioural problems, the findings showed.

Morrow said that "these co-occurring conditions need also to be a focus of treatment for patients."

The study was published in the journal Autism Research.

We live in a world where facts and fiction get blurred
In times of uncertainty you need journalism you can trust. For 14 free days, you can have access to a world of in-depth analyses, investigative journalism, top opinions and a range of features. Journalism strengthens democracy. Invest in the future today. Thereafter you will be billed R75 per month. You can cancel anytime and if you cancel within 14 days you won't be billed.
Subscribe to News24
Next on Health24
Desperate parents call for special autism school in Limpopo