Study finds no link between flu in pregnancy and autism 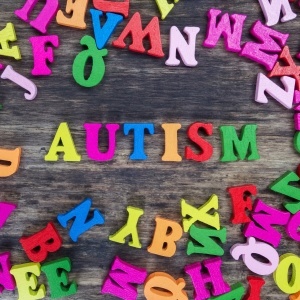 Researchers found no link between influenza in pregnant women and the risk of her child developing autism after birth, according to a US study.

Some earlier research has pointed to maternal infections as a possible cause of the neuro-developmental disorder, though other studies have not found any such link.

The findings in the Journal of the American Medical Association (JAMA) Paediatrics involved more than 196,000 children born in California from 2000 to 2010.

More than 3,100 children in the group had autism, which is believed to have genetic and environmental triggers but its causes remain poorly understood.

The study, led by Ousseny Zerbo of Kaiser Permanente Northern California, found no association between a higher risk of autism and influenza infection while pregnant.

Nor did it find any link between autism and vaccination against the flu during the second and third trimesters of pregnancy.

"There was a suggestion of increased risk of autism spectrum disorder (ASD) with maternal vaccination in the first trimester," said the study, which went on to explain that this finding "was not statistically significant" after researchers adjusted for other risk factors.

The researchers said that at this time no "changes in vaccine policy or practice", are recommended but "additional studies are warranted".

Autism-linked genes may differ among siblings

We live in a world where facts and fiction get blurred
In times of uncertainty you need journalism you can trust. For 14 free days, you can have access to a world of in-depth analyses, investigative journalism, top opinions and a range of features. Journalism strengthens democracy. Invest in the future today. Thereafter you will be billed R75 per month. You can cancel anytime and if you cancel within 14 days you won't be billed.
Subscribe to News24
Related Links
Scientists link brain chemical to autism
The truth about chlorine dioxide and other miracle cures for autism
Parents still concerned about safety of childhood vaccines
Next on Health24
Study finds differences between brains of girls and boys with autism

Get the newsletter
Voting Booth
Have you entered our Health of the Nation survey?
Please select an option Oops! Something went wrong, please try again later.
Yes
28% - 9929 votes
No
72% - 25901 votes
Previous Results