Acupuncture may improve lower back pain 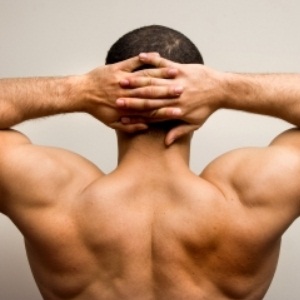 iStock
Acupuncture leads to greater improvements in chronic lower back pain than does standard treatment, according to the results of the German Acupuncture (GERAC) trials.

"To our knowledge, no studies have directly compared acupuncture with guideline-based conventional therapy," Dr Michael Haake, from the University of Regensburg in Bad Abbach, Germany, and colleagues note in the Archives of Internal Medicine.

The GERAC trials involved 1 162 patients who had chronic lower back pain for an average of 8 years. They were randomly assigned to get real acupuncture, based on traditional Chinese medicine; sham acupuncture, involving needling at non-acupuncture points; or conventional therapy with drugs, physical therapy, and exercise.

Each person underwent ten 30-minute sessions, usually with two sessions per week. Patients with a partial response to treatment - a 10 to 50 percent drop in pain intensity - were offered five more sessions.

Study findings
After 6 months, the treatment response rate, based on standard pain and function questionnaires, hovered around 46 percent in the acupuncture groups. By contrast, the rate in the conventional therapy group was just 27 percent.

Real acupuncture was slightly, but not significantly, more effective than sham acupuncture, the report indicates.

This "unexpected" finding, the researchers comment, "forces us to question the underlying action mechanism of acupuncture and to ask whether the emphasis placed on learning the traditional Chinese acupuncture points may be superfluous."

The GERAC trials, Haake and colleagues write, "were the decisive trials on which the German Federal Committee of Physicians and Health Insurance Plans, a body similar to the National Institute for Health and Clinical Excellence in the UK or the National Institutes of Health in the US, based its decision to make acupuncture for chronic low back pain an insured benefit, for the first time putting acupuncture on an equal footing with conventional therapy." - (Reuters Health)

We live in a world where facts and fiction get blurred
In times of uncertainty you need journalism you can trust. For 14 free days, you can have access to a world of in-depth analyses, investigative journalism, top opinions and a range of features. Journalism strengthens democracy. Invest in the future today. Thereafter you will be billed R75 per month. You can cancel anytime and if you cancel within 14 days you won't be billed.
Subscribe to News24
Next on Health24
Herniated disc alternative treatments