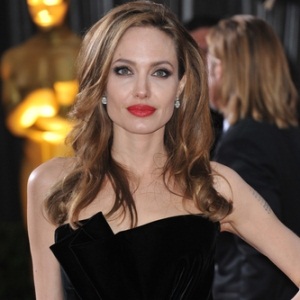 Women with mutations in a gene called PALB2 have a one in three chance of developing breast cancer by age 70, according to research that suggests PALB2 is almost as important a risk factor as BRCA1 or BRCA2 mutations.

BRCA1 and BRCA2 are widely known as breast cancer risk genes. Women with a mutation in one or both often decide to have their breasts removed so they do not develop the disease.

Last year, actress Angelina Jolie went public with her decision to undergo prophylactic mastectomy after she tested positive for a BRCA mutation. Mutations in the same genes also increase the risk of ovarian cancer.

In a study published in the New England Journal of Medicine on Wednesday, researchers reported they had analysed data from 154 families without BRCA1 or BRCA2 mutations, which included 362 family members with PALB2 gene mutations.

They found that women who carried rare mutations in PALB2 had on average a 35 percent chance of developing breast cancer by the time they were 70 years old.

But the risks were highly dependent on family history of breast cancer, the researches said. Those with more relatives affected by breast cancer were at higher risk.

"We're learning all the time about the different factors that may influence a woman's chances of developing breast cancer," said Peter Johnson, chief clinician at the charity Cancer Research UK, which part-funded the study.

"This particular mutation doesn't make people certain to develop cancer, but it's another piece of information to help women make proper informed choices about how they may help to minimise their own risk."

Breast cancer is the most common cancer in women worldwide. The World Health Organisation estimates it killed more than 508,000 women in 2011.

Marc Tischkowitz from the department of medical genetics at Britain's University of Cambridge, who led the study, said that since the BRCA1 and BRCA2 mutations were discovered in the mid-1990s, no other genes of similar importance have been identified. This new finding, however, makes PALB2 a potential candidate to be the third most important genetic risk factor for breast cancer.

"Now that we have identified this gene, we are in a position to provide genetic counselling and advice," he said in a statement about the research. "If a woman is found to carry this mutation, we would recommend additional surveillance, such as MRI breast screening."

The researchers at Addenbrooke's Hospital in Cambridge have developed a clinical test for PALB2 which they said will become part of their service on Britain's taxpayer-funded National Health Service. Clinical testing for PALB2 is also available in certain other diagnostic laboratories worldwide, they said.

The Anglo-Swedish drugmaker AstraZeneca is developing a PARP inhibitor drug called olaparib, which is going through clinical trials.