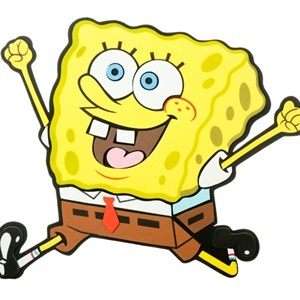 Children undergoing radiation therapy for cancer need to stay motionless for the treatment to be effective – and a new study suggests that watching movies during therapy might eliminate the use of general anaesthesia.

Kid-friendly movies such as "SpongeBob SquarePants" and "Cars" helped reduce the risks, trauma and costs of treatment for kids evaluated in the small European study.

According to the most recent South African Children’s Cancer Study Group (SACCSG) registry statistics, for 2009 to 2013, the five most common childhood cancers in South Africa are leukaemia, lymphoma, brain tumours, nephroblastomas (cancer of the kidneys), and soft tissue sarcomas.

Cancer is rare in children, but those who develop tumours in their brain, bone and other soft tissues may require radiation therapy.

"Being treated with radiotherapy means coming in for a treatment every weekday for four to six weeks. The children need to remain motionless during treatment and, on the whole, that means a general anaesthesia. That, in turn, means they have to keep their stomach empty for six hours before the treatment," said study author and radiation therapist Catia Aguas.

"We wanted to see if installing a projector and letting children watch a video of their choice would allow them to keep still enough so that we would not need to give them anaesthesia," said Aguas, who is with the Cliniques Universitaires Saint-Luc in Brussels, Belgium.

A good movie is calming

Based on this small study, a good movie has a valuable sedating effect.

Twelve children between 18 months and six years old underwent radiation treatment for cancer at the Belgian hospital. Half were treated after a video projector was installed in the radiation therapy room.

Radiation therapy for brain tumours uses computers to tightly focus the beams of radiation onto tumours while sparing nearby healthy brain tissue.

The researchers noted that 83% of the children treated before the video projector was installed needed general anaesthesia for their treatment.

After the projector was installed, only 33% needed general anaesthesia, the study found.

Kids in 'another world'

"Since we started using videos, children are a lot less anxious... And once the movie starts it's as though they travel to another world," Aguas said in a news release from the European Society for Radiotherapy & Oncology.

The findings were scheduled for presentation at the annual meeting of the European Society for Radiotherapy & Oncology, in Vienna, Austria.

"'SpongeBob,' 'Cars' and 'Barbie' have been popular movie choices with our patients. Now in our clinic, video has almost completely replaced anaesthesia, resulting in reduced treatment times and reduction of stress for the young patients and their families," she added.

Treatments that previously took one hour or more now take around 15 to 20 minutes. The researchers said this is partly because of timed saved by not administering anaesthesia, and also because kids who know they'll see videos are more cooperative.

Tips for parents of children with cancer

We live in a world where facts and fiction get blurred
In times of uncertainty you need journalism you can trust. For only R75 per month, you have access to a world of in-depth analyses, investigative journalism, top opinions and a range of features. Journalism strengthens democracy. Invest in the future today.
Subscribe to News24
Related Links
Cancer radiation therapy often lacking in poorer countries
Less radiation better for early breast cancer
Jimmy Carter beats cancer with new treatment
Next on Health24
Childhood cancer rates jump 13% in one decade