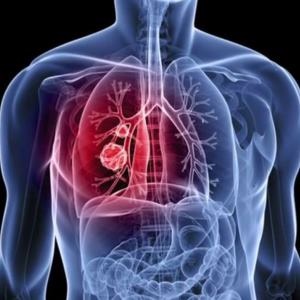 An immunotherapy drug called Tecentriq (atezolizumab) extended the survival of lung cancer patients for several months longer than chemotherapy and caused fewer side effects, according to a new study.

The findings are from an early analysis of 850 patients with non-small cell lung cancer in a phase 3 trial funded by the drug's makers.

According to the American Cancer Society, non-small cell lung cancer is the major form of the disease, comprising up to 85 percent of cases. Lung cancer remains the leading cancer killer in the United States, with more than 158,000 people expected to die from the disease this year.

The patients in the new trial had run out of treatment options. They received either Tecentriq or the chemotherapy drug docetaxel – the standard treatment for this type of cancer.

According to a team led by Dr David Gandara of the University of California, Davis Comprehensive Cancer Centre, patients who took Tecentriq survived for an average of 13.8 months, compared with 9.6 months for those on chemotherapy.

Patients taking Tecentriq also had lower rates of severe side effects. About 15 percent experienced such issues while on Tecentriq, compared to about 43 percent of those on standard chemotherapy, Gandara's team said.

Still, side effects from either regimen could be severe, the study authors noted. Overall, close to eight percent of patients in the Tecentriq group stopped treatment compared with nearly 19 percent of those in the chemotherapy group.

The study, published in The Lancet, was funded by F. Hoffmann-La Roche Ltd. and Genentech Ltd. It was an "open label" trial, meaning that both patients and doctors knew whether or not patients were receiving Tecentriq.

The drug helps curb tumours by blocking what's known as the "programmed death ligand 1" (PD-L1) protein. This protein resides on the surface of tumour cells and is thought to help the cell hide from immune system attack. So, drugs like Tecentriq block the protein, making cancer cells more vulnerable.

Dr Kevin Sullivan is an oncologist at Northwell Health Cancer Institute in Lake Success, New York. He noted that Tecentriq is now "the third drug in this very unique class of immunotherapies to be approved for use in lung cancer in the 'second line' setting – after patients have already failed treatment with standard chemotherapy."

However, "these drugs can have some serious side effects that clinicians need to be aware of, including life-threatening autoimmune complications," Sullivan said. "Additionally, it still needs to be understood why certain patients do not benefit from these therapies or why their disease eventually progresses after obtaining a response in their tumours."

We live in a world where facts and fiction get blurred
In times of uncertainty you need journalism you can trust. For 14 free days, you can have access to a world of in-depth analyses, investigative journalism, top opinions and a range of features. Journalism strengthens democracy. Invest in the future today. Thereafter you will be billed R75 per month. You can cancel anytime and if you cancel within 14 days you won't be billed.
Subscribe to News24
Related Links
Immunotherapy vs chemotherapy for treating cancer?
Breakthrough in cancer treatment: immunotherapy promises turnaround in cancer cure rates
Immunotherapy may treat peanut allergy
Next on Health24
Early stage breast cancer: a new tool to assess treatment needs