A new study suggests that surgical removal might not be the only option for kidney cancer patients. The treatment for kidney cancer depends on the size of the cancer.

When kidney cancer strikes, surgical removal of the organ is often the standard course of action.

But new research published in the Annals of Internal Medicine supports a nonsurgical approach for some patients: using a needle to "zap" kidney tumours away with either heat or cold.

The procedure, known as percutaneous ablation, isn't applicable to all kidney cancer patients. But for a "well-selected" group with small tumours (under four centimetres in diameter), it may result in long-term survival equal to that of surgery, with five times fewer complications, the study found.

That means "fewer complications and less chronic renal [kidney] insufficiency" for patients who get the procedure, said a team led by Dr Adam Talenfeld, of Weill Cornell Medicine in New York City.

But he said when it comes to the successful use of ablation, "tumours need to be less than three centimetres in size [slightly above an inch] and in a place that is not next to another organ, as the energy to destroy the tumour can cause injury to other sites."

The investigators found that patients had similar overall five-year kidney cancer survival whether they received surgery to remove a part of the kidney (98%) or ablation (95%). The odds of surviving kidney cancer after five years were similarly high as well when comparing ablation to complete kidney removal.

When the researchers looked at deaths from any cause, five-year survival was somewhat higher for patients who got surgery (86%) versus those who underwent ablation (77%). 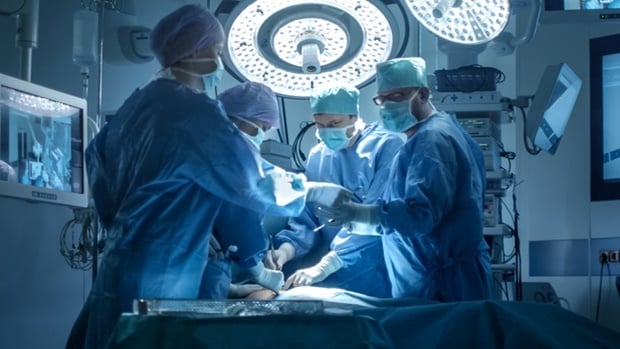 However, there may have been a payoff for ablation in terms of quality of life as people who got the procedure were more likely to retain good kidney function than those who got surgery, the research team noted.

Also, the rate of complications during the month after their treatment was much higher for patients who underwent surgery (about 30%) versus those who got ablation (6%).

Dr Talenfeld's group stressed that the superiority of ablation may apply only to patients with smaller tumours, and might not apply to younger patients. "This somewhat limits who may be a candidate," Kavoussi said. And he stressed that "in order for ablation to be done properly, there needs to be an experienced and collaborative team of urologists and radiologists working together."

Dr Maria DeVita is training programme director in nephrology at Lenox Hill Hospital in New York City. She said that before the new study, there had been "little data on the safety and outcomes of ablation" for kidney cancer.

So, "this is a much-needed report giving doctors reassurance that patients undergoing ablation are not in harm's way," said Dr DeVita, who wasn't involved with the research. She added that especially for elderly patients, anything that can be done to preserve even partial kidney function can help stave off potentially fatal kidney failure.

We live in a world where facts and fiction get blurred
In times of uncertainty you need journalism you can trust. For only R75 per month, you have access to a world of in-depth analyses, investigative journalism, top opinions and a range of features. Journalism strengthens democracy. Invest in the future today.
Subscribe to News24
Related Links
‘I feel so honoured I was able to help save his life’: Daughter donates kidney to dying father
Why are women getting more kidney stones than men?
Kidney disease can increase diabetes risk
Next on Health24
The ‘hidden costs’ of chemotherapy