Smokers at high risk of oral HPV and throat cancer 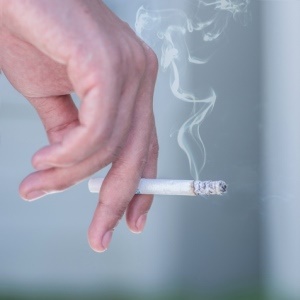 Human papillomavirus (HPV) is usually associated with cervical cancer but it can cause many other types of cancer including throat cancer from oral infection.

A study published in the British Medical Journal Open confirmed that smoking tobacco significantly increases the risk of oral HPV infection and, in turn, throat cancer.

The study, conducted in the United Kingdom (UK), found 2.2% of the 700 men and women investigated tested positive for oral HPV.

However, the rate among former smokers was over 3%. Among those who had never smoked, the rate dropped to only 1%.

HPV is the most common sexually transmitted infection (STI) and one in four people are infected in the United States, according to the Centers for Disease Control and Prevention. Over 100 strains of the virus exist but most people’s immune systems clear the infection naturally. In some people this infection persists and can cause cancers including those of the cervix, vagina, penis and throat. Unlike other STIs, HPV can be transmitted despite condom use because it is frequently carried on areas not covered by condoms.

According to the researchers, not only are smokers more likely to be infected but they are also more likely to have persistent HPV infections, increasing the chances of developing cancer.

The risk for infection also increased in people who had a higher number of sexual partners (more than six).

Dr Vanessa Hearnden from the University of Sheffield said these results show the need “for individuals to be aware of lifestyle risk factors such as number of sexual partners and tobacco use”.

Last month the UK government announced that it would be rolling out HPV vaccination for boys. Up until recently, only girls had been covered for vaccination as is the case in South Africa.

“Many people associate the HPV virus with cervical cancer but there is less recognition of the fact that HPV causes oropharyngeal cancer, and unfortunately, the prevalence of this cancer has increased dramatically over the past few years,” said Dr Craig Murdoch, also from the University of Sheffield, in a statement.

In 2014, the South African government became the first in Africa to roll out the HPV vaccine to girls aged between nine and 14 but is yet to extend this to boys based on cost. – Health-e News

We live in a world where facts and fiction get blurred
In times of uncertainty you need journalism you can trust. For only R75 per month, you have access to a world of in-depth analyses, investigative journalism, top opinions and a range of features. Journalism strengthens democracy. Invest in the future today.
Subscribe to News24
Related Links
This is why many SA smokers quit – Health24 survey
This is why oral sex could be really bad for your health
Government pleads with parents: ‘Let us give your child HPV vaccination’
Next on Health24
The ‘hidden costs’ of chemotherapy